The eagerly-awaited Irish Nationals, the first ‘Major’ of the four-wall season and traditionally the most prestigious weekend event on the Clár, serves off this weekend in Co Mayo in what should be a feast of handball.

Coming at the height of the four-wall season and on the eve of the Senior Singles, interest is sky high this year and the 2020 renewal promises to be an outstanding weekend of action.

In all, 15 players will take their chance in the Men’s Open Singles, where the matches will be hosted by the progressive Aughagower club.

Heading the field is reigning Nationals and All-Ireland champion Robbie McCarthy, who faces the winner of the preliminary round game between Seamus Connelly of Galway and Tyrone’s Gabhain McCrystal – who has recently returned from a sojourn in the United States.

Familiar foes Diarmaid Nash and Martin Mulkerrins are seeded two and three respectively and are pitted against Gary McConnell (Meath) and Vinny Moran of the host county in their round of 16 matches.

In at four is Clare left-hander Fergal Coughlan, the recently-crowned Munster Intermediate Singles winner who has shown impressive form on the tournament circuit of late.

However, the Banner man, who won the All-Ireland Junior Singles title in 2019, faces a difficult opening round match against Cavan’s Paul Brady, who has sensationally returned to this tournament after a 10-year absence. 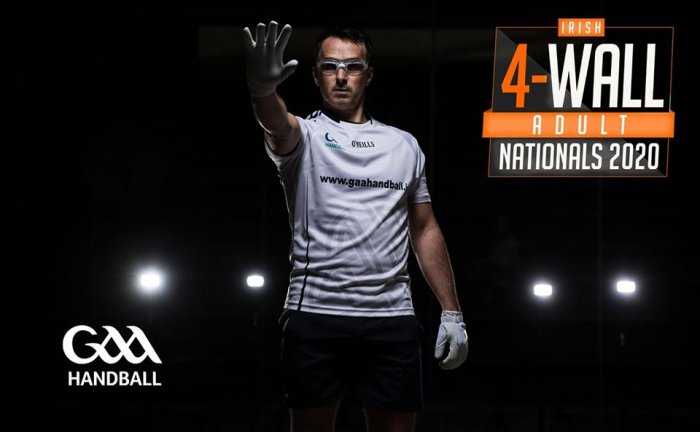 Elsewhere in the bottom half of the draw, Leixlip right-hander Paul Moran meets the experienced Kerryman Dominic Lynch in what is an intriguing contest.

While upsets are always a possibility in tournament handball, McCarthy, Brady, Mulkerrins and Nash will be fancied to advance to Sunday morning’s semi-finals in what would be a mouth-watering last four line-up featuring arguably the four best players in the global game.

The Ladies Open boasts a smaller entry but lacks for nothing in quality. While Catriona Casey of Cork and Roscommon’s Fiona Tully are absent, the 11-strong field includes most of the top players in the country.

In pole position is Limerick’s Martina McMahon, who has been in awesome form of late. Number two seed is two-time World Open Singles champion Aisling Reilly of Antrim, with youngsters Mollie Dagg of Kildare and Tipperary’s Sinéad Meagher in at three and four respectively. 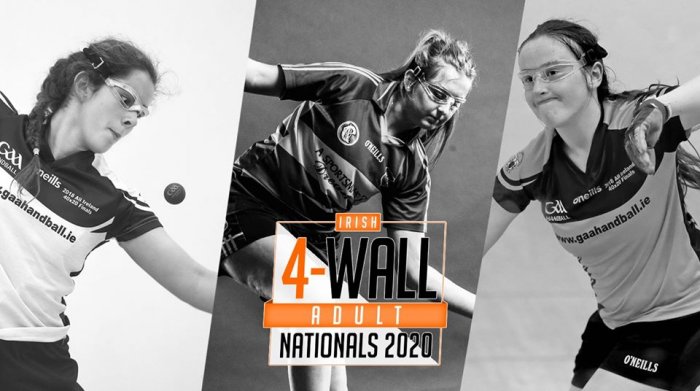 In the absence of a couple of big names, the way seems clear for some new faces to make their mark in what should be a hotly-contested event in Ballaghaderreen, home club of new GAA Handball President and former senior star Dessie Keegan.

While McMahon and Casey have been the dominant superpowers in ladies handball of late, with the Cork ace not in the draw, Reilly will fancy her chances of gate-crashing the party and returning to a major final for the first time since recovering from shoulder surgery a couple of years back.

Experienced seniors like Ciara Mahon and home favourite Pauline Gallagher will hope to put together strong runs, however, while the event will be a real testing ground for youngsters such as promising Banner lady Caitriona Millane.

The A Singles is headed by Cork teenager Cian O’Driscoll, with Tyrone’s Ryan Mullan – last year’s beaten Intermediate Singles finalist in the big court – the man to beat in the bottom half of what is a strong draw with a nice mix of seasoned campaigners and up-and-comers.

The meeting of Newport’s Ciaran Burke and powerful young Inis Mor man Peter Donohoe could be the tie of the round in this division in what looks like a very competitive line-up.

Meanwhile, in the B Singles, Carlow’s Kevin Barrett, Roscommon’s Denis Creaton, Cavan’s Cormac McMahon and Monaghan’s Conor O’Gorman are the top four seeds in that order.

The Men’s C Singles boasts the deepest field of the weekend, with 24 players from all over the country taking their chances in what is always one of the toughest competitions to win.

The Masters grades, as usual, will feature many well-known players. The Silver Masters A Singles looks like a particularly hot division, with former Antrim hurler Paul Graham seeded number one and Offaly’s Conor O’Brien in at two.

Elsewhere, Tom Sheridan of Kells, Co Meath will be a hot favourite to add yet another success to his CV in the Golden Masters grade.