Tyrone's Michelle Warren found the game of Handball later than most, in her adulthood. But undeterred, she is heavily involved in the sport as a player, coach and administrator. She is the focus for this weeks Women in Handball feature.

I got involved through my children. When they were small they went to watch their father playing and as soon as they were old enough they started learning themselves. Not long after they started I began coaching under the instruction of Sean Clarke and from then started to play myself. I was in my late 20s so quite old to begin playing.

What are the various roles you have undertaken in Handball?

I have coached girls at club, County, and national level with plenty of successes along the way. I am very proud of all the girls I have trained. I have also provided a training in two different primary schools.

I am our club (Breacach) secretary and PRO, and also the Tyrone County Board PRO and She's Ace Officer.

I have also refereed numerous games(which I wasn't too keen on doing at the beginning. 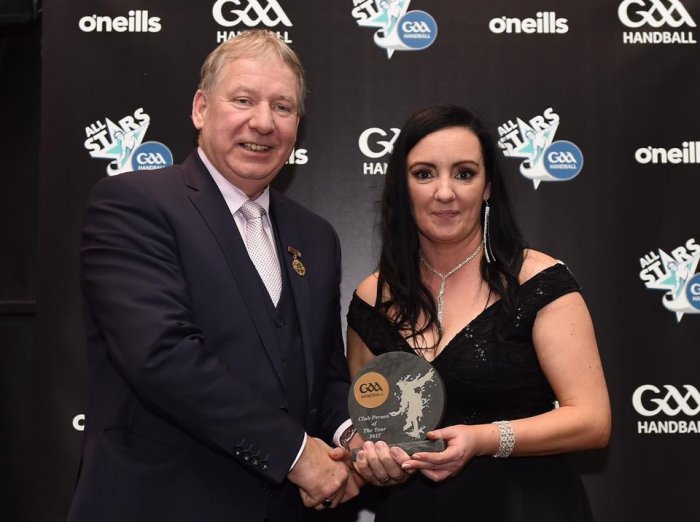