In the Men`s Open Grade top seed and favorite Westmeath`s Robbie McCarthy took home the title. Robbie was rarely troubled over the tournament displaying all his big alley qualities with three fine performances. McCarthys supreme fitness was key in helping him defeat Tommy Hynes 15-2, 15-5, having saw off David Hope in the SF to see him become the 2022 Men`s Open Champion in front of a sizable crowd in Castlebridge.

Another familiar name took home the Ladies Open title with Limerick`s Martina McMahon in devastating form dropping just 17 aces over her three matches. Martina’s power was pivotal in taking down Aishling O'Keeffe 15-10, 15-3, having earlier defeated Aoife Holden in the Semi-final at the Castlebridge venue. 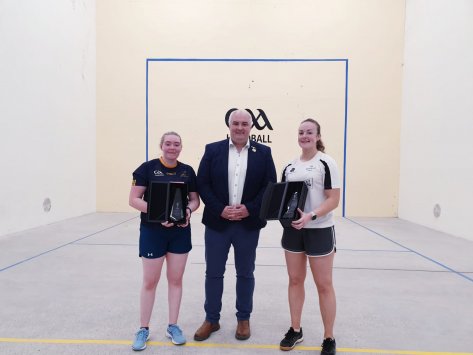 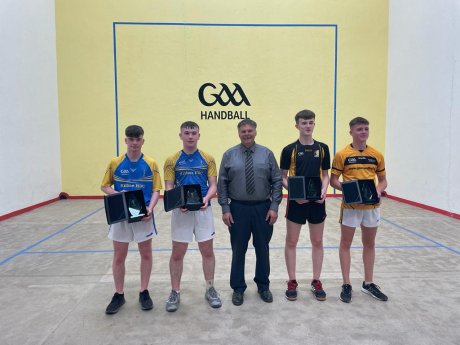 17&U Finalists with Ricky Barron. 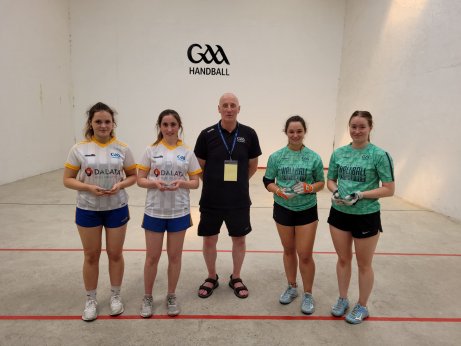 Ladies B/C winner & runners up with Tony Breen.

GAA Handball would like to say a huge thank you to all volunteers who helped out in the build up and indeed over the weekend, without you it would not be possible to run a tournament of this size.