Eilish Owens is a member of Breacach HC in Tyrone, and a She’s Ace Festival Weekend stalwart, attending all bar one since the events inception back in 2013. GAAHandball.ie spoke to Eilish about all things She’s Ace and how it has influenced her Handballing career.

How did you start playing Handball?

When my club Beragh Red Knights and Breacach Handball opened our new club house in 2006, which included a new 40x20 court, Shane and Emma O’Neill coached a group of girls my age for a short spell. From then, my younger brother Aaron, my cousins, Sean Kerr, Conor and Maeve McElduff, always played so I remember many handball related conversations at my Granny and Granda’s house.

They had stories of their travels around the country with my mum, dad, my uncles Conor and Niall, the Clarkes and McCrory’s. So, I had an interest, but I was a little intimidated by it, and underconfident. Everyone I seen play had been playing for years.

Michelle Warren, Emma O’Neill and Paula Clarke always encouraged me to play. Seeing the She’s Ace poster and hearing about Michelle, my younger cousins, the McCartans, the McCrory’s going to it caught my attention. It was the Beginner/Novice grade with the soft ball that really encouraged me to enter. 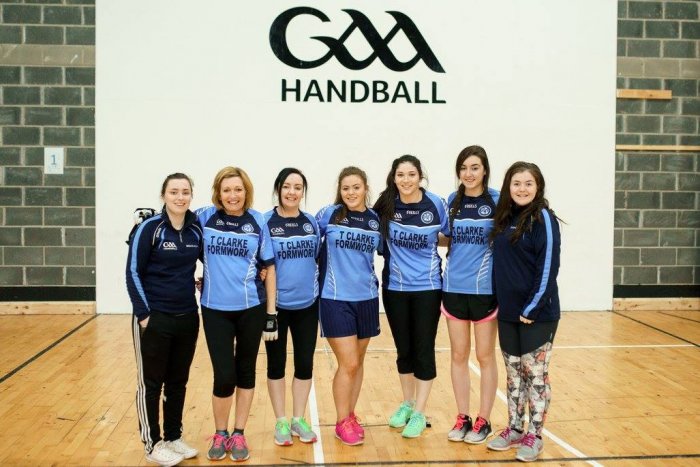 The first time I started playing Handball consistently was in 2015. Catherine Kelly and I finally decided to play 1-Wall because Eamon McCrory agreed to coach us, and Loughmacrory’s 1-Wall facilities were so accessible. It was great in the Spring evenings playing until dark. We entered the Irish Wallball Nationals as once again, there was always a large contingent of Breacach and Tyrone players at that and I’d heard so much about it.

I enjoyed playing handball and so I started to join Michelle Warren’s coaching group on Tuesday nights and enter more competitions.

I first entered in 2013. Myself and Emma O’Neill both had an interest and we convinced my friend that we would enter She’s Ace and have a night out in Mayo for her 21st Birthday!

The night before we went to the alley for an hour to ‘practice’. I could not strike the ball very well never mind return it! I was terrified but it was a good experience and the novelty of going to Mayo for the fun outweighed the fear.

I remember my friend got paired up with Fiona Shannon (a 5 time World Senior Champion) in the Fun Team Event on Sunday, we thought this was mad to be playing with a World Champ, but that is one of the things that makes the She’s Ace Weekend so unique. It was great to watch other woman playing and they were all very encouraging. I have been a regular attendee since 2016. Once you enter its great motivation to exercise over the winter months in preparation for the end of January. 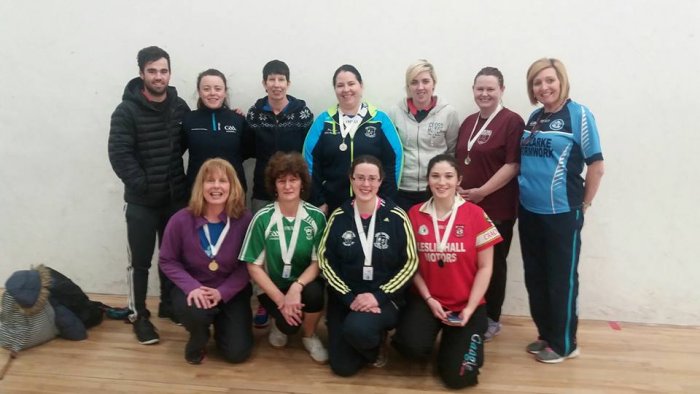 What do you like most about the She’s Ace Festival Weekend?

What makes it a great event is the comradery between all the girls and women playing at all different ages, meeting new people and the opportunity to play other girls from different counties. It’s just a great celebration of women in sport that is unique to Handball.

I’m missing it this year, 2021 would have been great because reigning Mother & Daughter Doubles champs, Michelle Warren and Michaela McCartan are having wee birthdays this month, so we would have celebrated that alongside it.

I also have to mention the great social aspect outside of the handball during the weekend such as going to the bar after in Breaffy house hotel for a good nights craic.

Favourite Memories of She’s Ace - on and off court?

I don’t really have a favourite memory on the court, maybe just being proud that I challenged myself to play and the learning experience in the court is a positive thing for me.

Off the court my favourite aspect of She’s Ace is attending with my club and county mates. One memory is going to the Challenger grade with my neighbour Teeny McNally. I met Teeny at the alley one busy weekend as she always kept everyone going with her famous soup. The She’s Ace Festival gave us an opportunity to play together in a fun and positive environment, but we found it very funny too that everyone at the tournament thought we were Mother and daughter!

Do you remember all the different alleys you played in?

Yes, I’ve fond memories of Carnacon where the Beginner grade is played. The games must have been so good they got a new back-wall and cinema seats for us!!

I liked meeting the ladies year after year, including the volunteer Tommy who refereed our games all day. I was sad the year I won that grade and had to move on because I got to know the ladies from Mayo and Galway, etc.

Has She’s Ace had a positive influence on your continued playing of Handball?

Yes 100%. Firstly, you meet friends through handball who support you. Secondly, I have since entered other tournaments; the Tyrone and Ulster Championships, simply to support it.

I was very unmotivated, I would never run or go to the gym, but because Handball has a ball it was much more appealing. So, entering She’s Ace has helped my overall fitness and mental health. Entering She’s Ace and playing over the winter months is a no brainer to keep fit for the football off-season too!

The effect and growth of Ladies Handball in your Club?

Breacach have a good tradition of players with success for example, Maeve McElduff, Eilise McCrory, Elizabeth McGarvey and Michaela McCartan, all these girls benefited from our new court in 2006.

With our second 40x20 court opened in 2019, I think there was good growth in juvenile players. In January 2020 we had a group of Ladies of all levels and ages from 15 – 50 playing. It was going well with aspirations to enter She’s Ace 2021. The Tuesday before lockdown we talked about playing a friendly league using the two serves each format. 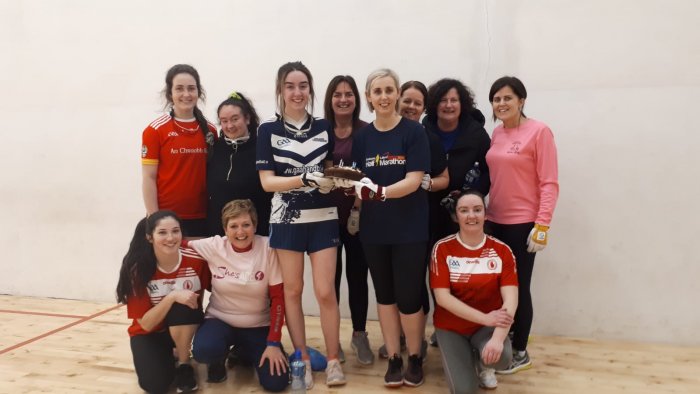 But with growth, more coaches are needed. Which is easier said than done.

Breacach hosted a ranking tournament in December 2019 and it was a great privilege to have Catriona Casey and Martina McMahon in the final. That must have been great for the young girls to watch in Beragh. I’m still in awe over their games, especially the 2018 All-Ireland Finals.

My Club is a great dual club of Handball and Football. I think on top of the football, more girls should utilize our wonderful facilities, play Handball and enter the Championship.

I would recommend everyone to give handball ago and enter She’s Ace.