Five years have passed since Aisling Reilly’s greatest season. In 2015, the Belfast right-hander retained both her O’Neill’s All-Ireland Senior Singles title and her World Championships Open Singles crown, confirming her status as the dominant player in the female game.

The Belfast woman was on top of the world but things can change quickly. In the intervening years, major titles have been hard to come by.

In 2016, Reilly lost in the third game of the All-Ireland final against Catriona Casey and 12 months. Shoulder surgery and a prolonged spell on the sidelines followed; now, she is back but the landscape has changed.

This Saturday, she will attempt to secure a return to the big day when she takes on Casey again in the semi-final at Kingscourt. Her comeback, she feels, is on track.

“Preparations have gone well. Each tournament I’ve played in this year, the outcome has been slightly better than the one before so I’m happy with the progression each time. I’m looking forward to the semi-finals, it’ll be another great test for me,” Reilly told GAAHandball.ie.

In the years since Reilly’s injury-enforced break, Casey and Martina McMahon have emerged as the superpowers in ladies handball, regularly meeting in finals at home and abroad and producing epic spectacles to boot.

Their rivalry has been spoken about as the most gripping in female sport in this country and Reilly, whose CV bears comparison with anyone’s in the game, has slipped back into the shadows to an extent – not that it is something which bothers her.

The popular St Paul’s woman is a fierce competitor but famously laid back. The hype about Casey and McMahon? It doesn’t really register.

“It’s been a fair few years since I held the number one spot and to be honest I never really paid much attention to the talk back then so it doesn’t really affect me now either,” she says.

“The standard of games between the two have been nip and tuck and very exciting so they deserve all the talk.” 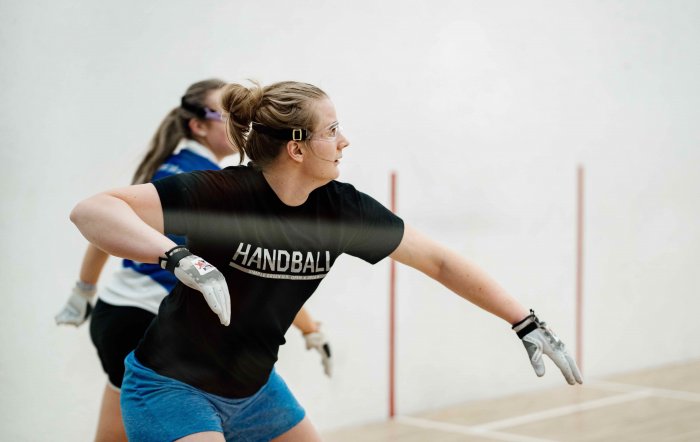 Reilly has slowly been clawing her way back since returning following her injury. She feels she has a bit to go yet but is happy with her progress. But if you think she is satisfied just to be a contender, you’d be mistaken. The fire still burns.

“I don’t think I’ve quite reached where I was before yet. The standard has risen and I need to match that, which I think I can. I could definitely improve aspects of my game.
“My goals in the last couple of years have definitely changed. If you’d have told me two years ago I’d be competing regularly and playing decent enough while improving game after game, I’d have bitten your hand off but now I’m focused on pushing on another bit.

Reilly’s day job has constrained her spare time somewhat but she still trains extremely hard, although competing in the United States hasn’t been possible of late due to work commitments.

“I haven’t [played in America as much], no, the main reason for that is a change in my job meaning getting time off is more difficult and we’ve been pretty busy with tournaments in Ireland since November so there has still been plenty of tournament play. I think it’s great that the WPH is continuing to push the women’s pro stops which is enticing the Irish players over. I’ll definitely be back over competing soon.

“I work managing an extremely busy sports complex with pitches, sports halls, handball courts and a gym all to look after in West Belfast where my working patterns change all the time so I train when I can really.

“Two to three gym sessions a week and two to three handball sessions is what a typical week looks like. The gym sessions are a bit of looking after old injuries - shoulder and a tear in my disc in the lower back I’ve had for about 10 years now)- along with some strength work and conditioning at the end.

“The handball sessions are finding challenge games as often as I can and court time on my own to keep moving.”

Reilly was the pioneer of powerful offensive handball in the women’s division and her game has not changed, despite that serious shoulder injury. Since surgery, she manages the shoulder well and is playing pain-free.

“I don’t think my game has changed. It [surgery] has made playing more enjoyable and has given me a side arm swing back which I wasn’t able to do for a long, long time.
“I think adapting to each opponent is easier as I’m not protecting an injury in the shoulder any more. I do feel the odd tightness here and there but that’s about it.”

Saturday promises to produce another excellent programme of O’Neill’s Ladies Senior Singles semi-finals. Not many sports can honestly claim that their standard is higher than ever but that is the case in ladies handball.

“Has the standard risen? Absolutely it has which is a credit to the current ladies who are playing and competing in each tournament. The bracket has been packed and the girls seem to be eager to play the top players which in times past wasn’t the case."

“I’ve really enjoyed playing the different names each month who have progressed through the juvenile ranks here and are edging into the Open grade. It’ll be interesting in the next few years to see who the next wave of players will be coming through.”

The cavalry may be coming alright but they better be warned: the two-time world champion from Belfast is not going anywhere just yet. 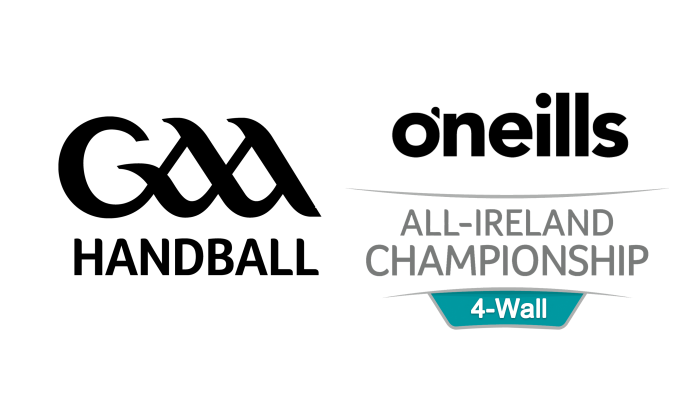