The last 8 men and ladies in the Senior Softball Singles Championship do battle this week as we get down to the business stages of this years All-Ireland Series.

Eight time champion Robbie McCarthy is a hot favourite for this years title, and starts his campaign against Kerry veteran Dominic Lynch. Lynch had a good tiebreak win over Wexford's Galen Riordan in the Round of 16 but will have his hands full against the reigning champ and will need to put in a top performance to progress.

The remaining three QF's a well balanced. Michael Gregan will aim to build on his SF placing at the Softball Nationals last month against the powerful left hander Ciaran Neary.

"Time waits for no one so I will be giving my all this weekend against Ciaran. I'm 39 now so know that this could be my last chance to go far in the Championship, but my game is in a good place at the minute and I am confident in my ability to compete with all these top guys in the draw" stated Gregan.

In the bottom half, David Hope takes on the experienced Gavin Buggy in a game that could go either way, whilst arguably the tie of the round is Joe McCann v Gary McConnell. Gary is the reigning Senior Doubles champion in both the Softball & 4-Wall codes with partner Brian Carroll. This is his first outing of the Championship, whereas McCann prevailed in a tiebreak over Ger Coonan last weekend.

McCann commented; "I was happy with the win against Ger. It wasn't champagne handball but a win when you feel like there's more to come is a good win. Against Gary it'll be a different story, he's a seasoned big court player that has all the shots. The last time we played was the big court nationals 3 or 4 years ago in the first round and Gary dominated the game and won. I'm under no illustration who's the favourite but it'll be nice to play a game where's there's no expectation on you."

In the Ladies grade, Martina McMahon kicks off her campaign to win a 4th consecutive title when she faces talented Roscommon star Fiona Tully, who herself defeated Dublin's Meadhbh Ni Dhalaigh in last weekends Round of 16.

Aoife McCarthy v Pauline Gallagher is a well matched encounter in the second QF. McCarthy had a career high win in the last Championship played in 2020 when she defeated 5 time champion and superstar of the ladies game Catriona Casey, before falling to Kilkenny's Ciara Mahon in the SF. The Mullingar woman hopes to  make back to back SF's for the first time.

Seven times reigning Doubles champion Aishling O'Keeffe will start as favourite in her midweek match up against Sligo's Laura Finn, to be played Wednesday evening in Na Fianna. On the same side of the draw is Catriona Casey v Aoife Holden. Holden has big game experience after reaching two Senior Doubles Finals, but will have to put in an excellent performance to see off Casey. 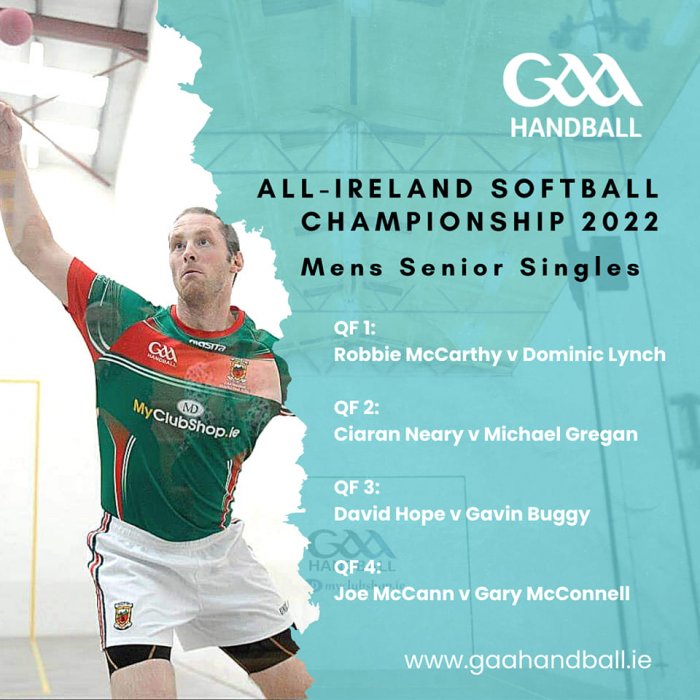 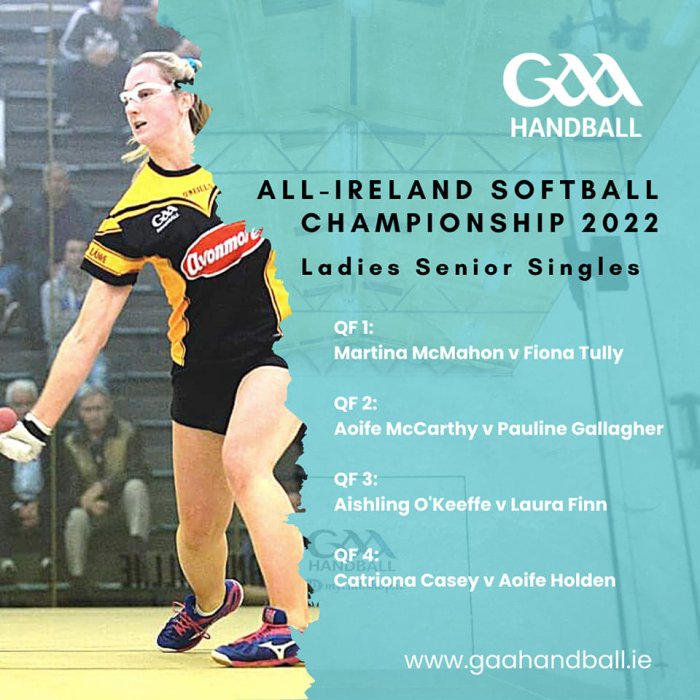