In sport, they say you must lose one to win one. Like all clichés, there’s a more than a small grain of truth in it. While there is the odd exception in handball – Tony Healy winning the 40x20 Senior Singles straight out of Intermediate in ’99 and Martin Mulkerrins claiming the title in his maiden final in 2018 spring to mind – for the most part, it rings true in our game.

Even all-time greats like Paul Brady, Eoin Kennedy and Robbie McCarthy lost Senior Singles deciders before wearing the crown many times. Walter O’Connor came up short in several finals before finally getting there. Charly Shanks lost five in total before his ascension to the throne; current ‘small alley’ king Diarmaid Nash was beaten on the big day twice but eventually got over the line.

You see where we are going with this? The trends suggest Gary McConnell will have to do something rare if he is to topple the holder, McCarthy, in tomorrow’s Senior Softball Singles final at St Coman’s, Roscommon.

It’s complicated, though, by the fact that the Meathman already has two All-Ireland senior medal – he won two Senior Doubles title with Brian Carroll in 2018 and 2019, playing particularly well in a 21-17 third game win over Kennedy and Carl Browne in his debut final.

So, the big occasion may not faze McConnell, who has already won the Intermediate Singles in the 4-wall this year, coming from well behind to defeat Tyrone’s Ryan Mullan.

Yet McCarthy is a different level. The Mullingar maestro is one of the most gifted handballers ever to play the game. There is no shot he has not perfected and his court savvy, honed over 17 years as a senior handballer, is second-to-none.

McCarthy is comfortable playing any way you want but his preference is to dominate front court and cut the ball off with soft dump shots into the corners. That way conserves energy and drains opponents, who must generate enough power on their return of serve to move McCarthy out of the centre and try to track down his fly kill attempts.

But, of course, power is nothing without control; over-hit the return and Robbie will bury it off the back wall. Truly, beating McCarthy in the big alley is a fiendishly difficult assignment. Kennedy is the only man to do it in singles play – and even the legendary St Brigid’s man managed it just twice since 2011.

Yet Gary will take heart from the fact that McCarthy’s grip on the title has been loosened in finals before. Kennedy beat him when he was the reigning champion in 2014 and 2019 in the 60x30. In 40x20, Shanks did likewise in 2017 and Nash the same this year, albeit the 2021 final was never played.

The big alley is going through a lull at present, for whatever reason. With the rise of other codes, the grand old game has gotten squeezed a little, with the result that new blood has not been emerging to shake things up at the top level. The stark reality is that none of the last 14 Minor Singles champions lined out in the last 16 of the Senior Singles this year, a sorry state of affairs which is likely unprecedented in the history of the sport.

That, though, is of no concern to tomorrow’s finalists. The depth at the moment may not be what it was – and hopefully that will change, with moves afoot at juvenile level – but the sense is that tomorrow’s pair could have graced this stage in most or any era.

The great champions stand on the shoulders of the previous generation. In one of his first big matches, Ducksy Walsh beat a 40-year-old Dick Lyng in Clonmel. By the time Ducksy was in his mid-30s, Kennedy had toppled him.

And when Eoin reached the same age, Robbie defeated him to win his first. That line of form suggests McCarthy is a champion for the ages and could have lived with anyone, at any time.

McConnell, a player with power, grace and beautiful big-alley skills, now has the chance to carve his own name on handball’s Mount Rushmore. To do so, he will need to be bold, to up the ante in terms of offensive play. It’s kill or be killed, literally, at the top level and McConnell, who will be roared on by a big Kells crowd, must bury every opportunity that comes his way if he is to rip the crown from McCarthy’s grasp.

The last time they met, in a semi-final in 2020, a big game was talked up and McCarthy, as the Americans say, put on a clinic. This should be a fair bit closer but in honestly assessing the pair, it must be stated that it will take an extraordinary performance for the man from the Royal County to get his name on the Walsh Cup.

Can the challenger do it? It’s possible. Will the champion see it out again? It’s probable.

questions, though, are what makes this the most intriguing match of the season, just as a final should be. For all the talk about softball’s demise, we, as fans, are lucky to have players like this to watch. 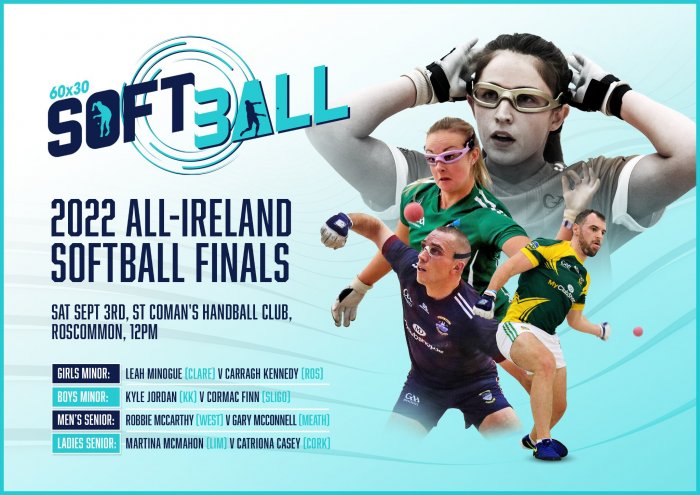