Eoin Kennedy was raised just a few short miles away from the handball complex at Croke Park and will forever be linked with that famous 60x30 ballcourt in the eyes of the handball community.

When Eoin Kennedy got his first taste of Ceannaras on All-Ireland finals night, the Berlin Wall still divided the German capital. Erected in 1961 to separate Soviet controlled East Berlin from its western counterpart, the wall would become an enduring symbol of life in the post-war 20th century Europe.

Eoin was the third generation of All-Ireland handball champion in his family. The game is in the Kennedy blood. As a boy, the youngster and his brother Brian would accompany his father, Eugene, and sit in the packed galleries dreaming that one day he would trade his seat in the stand for a place in the court.
The Berlin Wall fell 30 years ago this year; Eoin Kennedy is still standing tall.

Now 40, the Dubliner is back on handball's greatest stage, preparing for his 16th consecutive Senior Singles final and 18th in total, but the memories of his first few trips to handball headquarters remain vivid to this day.

"I started going in the late ’80s and there were some great games and great occasions. Like, you had Ducksy [Michael "Ducksy" Walsh] and Walter [O'Connor] there in the ’90s and the Artane Boys Band used to be there and they'd play 'Nessun Dorma' which would help to create an unbelievable atmosphere.

That sort of atmosphere is sure to make an impact on any impressionable kid. Kennedy savoured it, saw the heroes doing battle in what his future doubles partner Egin Jensen would term the ‘Theatre of Dreams’.

And, by osmosis, the kid took it all in. It became part of his identity. Croke Park was the place to be for a handballer with his sights on the big time and Kennedy’s dream was to adorn that stage. In 1997, Kennedy made his first appearance there for a major final as he claimed the Minor singles title. In an ironic twist, the St Brigid's clubman was unable to defend his minor title despite conceding more than a year to many opponents first time round as the Minor singles format then reverted to U18 from its short spell as an U19 competition.

Nevertheless, the Intermediate singles followed two years later before his maiden Senior Singles final in 2001 and then his first victory the following year, both against the Cat with the sharpest claws.

“Those two finals against Ducksy were incredible, particularly the second year when I won as he'd announced that he was retiring and Kilkenny were playing [in the All-Ireland senior hurling final] the next day." 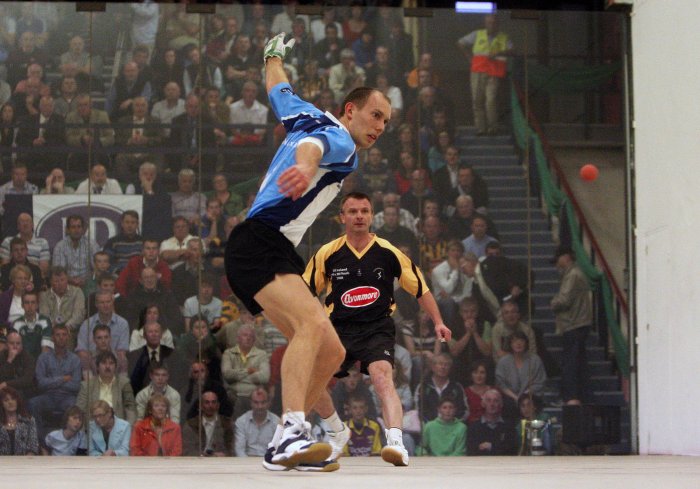 It was a night like no other. There was a sense of a changing of the guard around

“There must've been upwards of 700 people there. They were standing in the hallways and on the stairs. You literally couldn't have gotten anyone else in."

Winning his first Senior Singles in 2002, Kennedy went on to dominate for the rest of the decade, going undefeated from ’04 to '09 before being usurped by now long-time rival Robbie McCarthy. 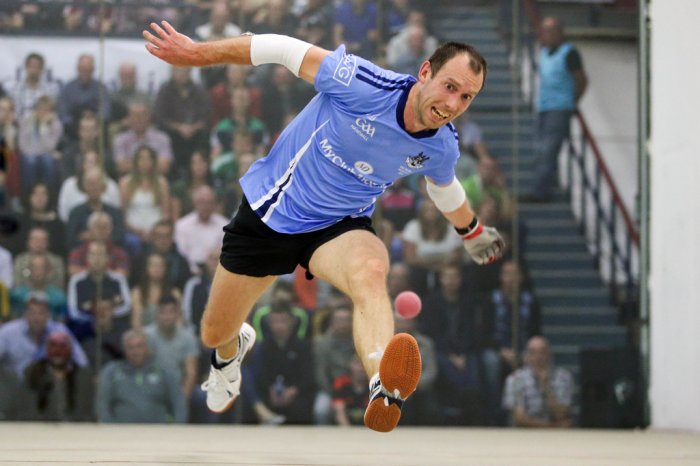 By that stage, the senior finals had been moved away from Croke Park – the new venue was the freshly-constructed court at Abbeylara, Co Longford - and by the time they returned in 2016, McCarthy had established himself as the dominant player in the game.

As of the outset of this season, the Mullingar man is now vying for a fourth successive title in the capital and looks odds-on to continue his reign when the games switch over to the new centre.

The importance of hosting finals at GAA's spiritual home is something Kennedy feels strongly about.

"Don't get me wrong, winning an All-Ireland anywhere is great but to win it at Croke Park makes it that little bit extra special and I think it's really important that kids get the opportunity to play here. That’s why having the new centre here is going to be such a benefit for the game,” he insists.

Nobody this century has enjoyed more success at Ceannaras than Kennedy and being a part of the final staging at the Drumcondra venue was hugely important to him.

“I desperately, desperately wanted to make the final this year knowing that it was the last chance to play here. Nothing will ever top the feeling of winning your first, but to win the last title at Croke Park would be very special indeed.”

Like most of the greats, Kennedy has straddled a couple of generations. Ducksy took over from some of the kings of the 1970s and Kennedy then wore the crown. Nowadays, McCarthy sits on the throne but the great Walsh remains inextricably linked with the big day as the Senior Singles cup is now named in his honour.

If Kennedy were to win it back, it would be something very special indeed and may prove the icing on the cake for the career of a man who has written his name into the annals of history and become a true legend of the big court at HQ.