Irish players stole the show at the WPH Tucson Memorial at the weekend, claiming both the Men's & Ladies Open titles.

Catriona Casey added to her glittering collection when defeating Ciana Ni Churraoin 15-4, 15-5. This was then followed by Martin Mulkerrins winning his maiden Pro-Stop title, defeating US star Sean Lenning 15-9, 15-6.

Six Irish men made the Top 16 main event, with Kildare's Niall O'Connor in particular having a very eye catching win over #2 seed Daniel Cordova (Mexico) in the first round, before falling in the QF's.

There was also a win for Tyrone's Niall Kerr in the 50+ grade, defeating Lorenzo Renteria (Mexico) in a Final tiebreak.

Check out full reports on the event on the World Players of Handball website below. 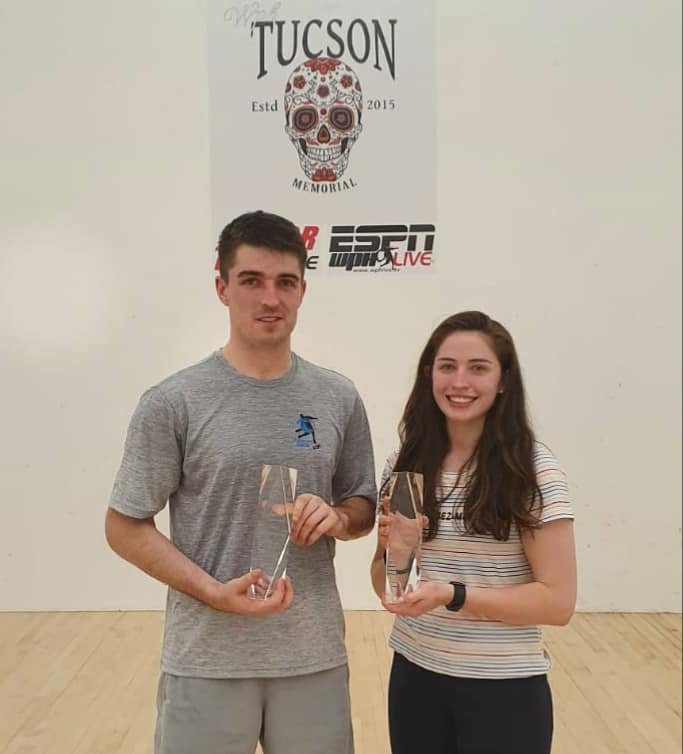