The Official GAA Handball Team Ireland came home yesterday morning from the World Handball Championships pretty satisfied with their efforts, with a total of TWENTY TWO medals claimed by the thirteen team members. We also thank the team mentors Michael Finnegan and Frances Curran for all their efforts over the past two weeks. Below we review each members Championship success. 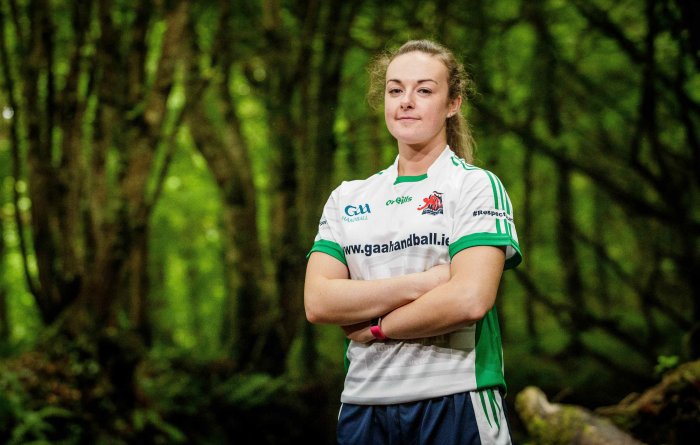 Limerick’s McMahon the Irish Ladies Team Captain established herself among the greatest by being the 1st woman ever to slam both the 1-Wall and the 4-Wall World elite Singles titles. First up was the 1-Wall and in the final McMahon accounted for the number 1 seed Danielle Daskalakis (USA) 21-15, 18-21, 11-4 in the tie-break. Just as Limerick was wining the Hurling final back in Ireland, McMahon was accounting for Catriona Casey in the 4-Wall final with an explosive finish in both games to win 21-18, 21-12. McMahon added a third gold when she retained her Ladies 4-Wall Open Doubles title with Aisling Reilly on Sunday afternoon. 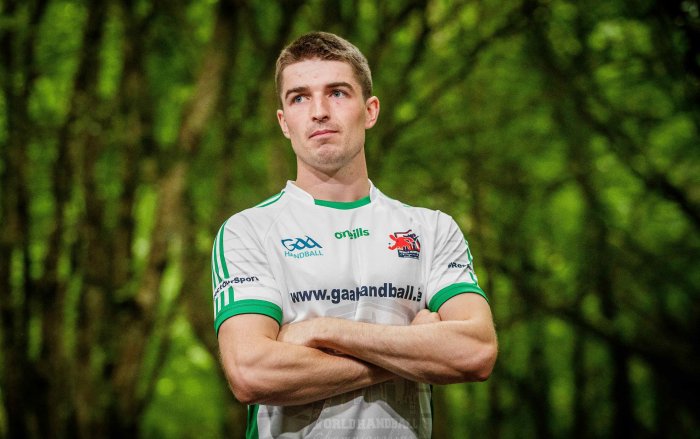 Mulkerrins the Irish Men’s Team Captain won Silver in the 4-Wall Elite Singles grade. The Moycullen man played Killian Carroll in the final and put in a tremendous show. He started well in both games but Carroll experience took the first 21-16. The second was every bit as tight as they were level on no fewer than 4 occasions Mulkerrins was leading 18-16 and the large on looking crowed was hoping for a tie-break. However Carroll with four kills and an ace serve just when they were most needed saw the 24-year-old Cork man close it out 21-18 to win his first Senior Singles World title 21-16, 21-18. Mulkerrins teamed up with Carroll in the Doubles but they lost at the semi-final stage to an American pairing. 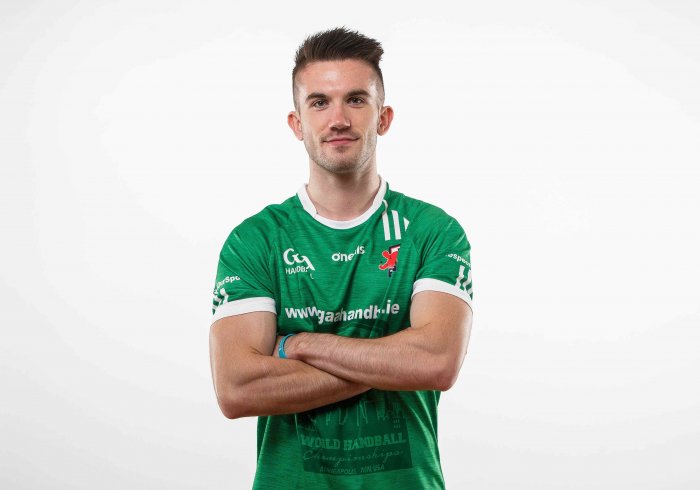 McElduff is on top of the world as he’s the first Irish male to win a 1-Wall World title, the Breacach player has previously won on the European tour but now he’s conquered the World. McElduff played the American Vlad Klym of the USA in the final and his killing and passing shots easily accounted for the New Yorker 21-6, 21-8. In the Doubles he was partnered by Paudi Quish but they just came up short in a thrilling game when Vlad Klym and Ingmar McKenzie (USA) overcame them in the tie-break to win 21-17, 20-21, 11-6. 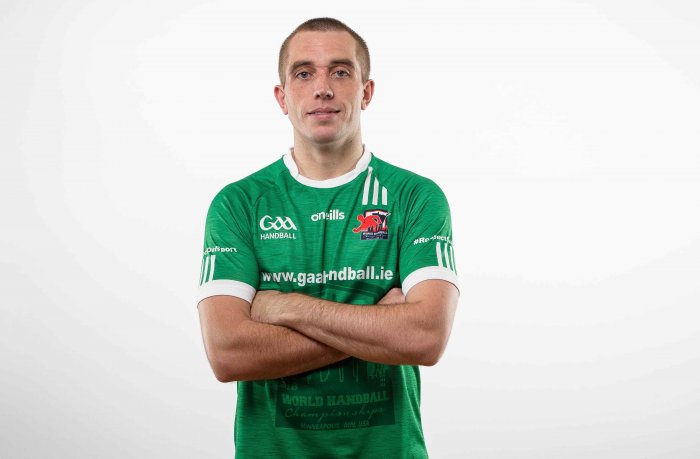 McCarthy played with Doubles partner Diarmuid Nash in the 4-Wall Doubles as they accounted for Amando Ortiz and Vic Perez (USA) in the semi-final 21-10, 21-9 and they followed this up in the final when they defeated Marcos Chavez and Sean Lenning (USA) 21-7, 21-14 to retain their Worlds Open Double title. In the Singles McCarthy played arguably one of the matches of the tournament against the eventual winner Killian Carroll in the semi-final just to be outdone in the tie-break 13-21, 21-13, 11-3. 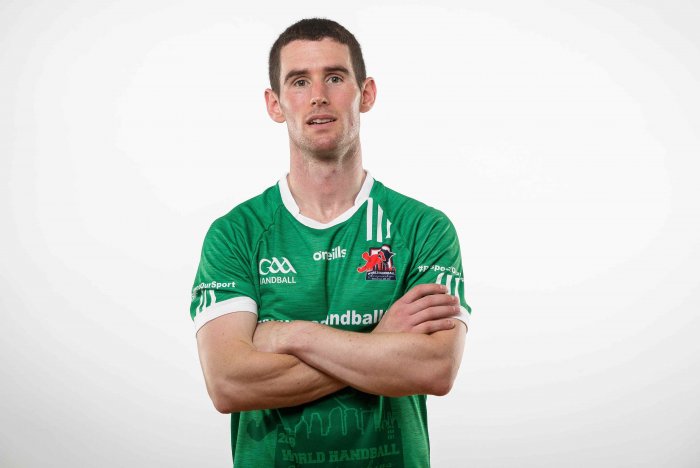 Tuamgraney man Nash teamed up with Westmeath’s Robbie McCarthy in the Mens 4-Wall Open Doubles when they retained their title for the second time as they accounted for Marcos Chavez and Sean Lenning (USA) in the final 21-7, 21-14. In the Singles Nash fell to the eventual winner Killian Carroll in the quarter-finals 21-14, 21-8. 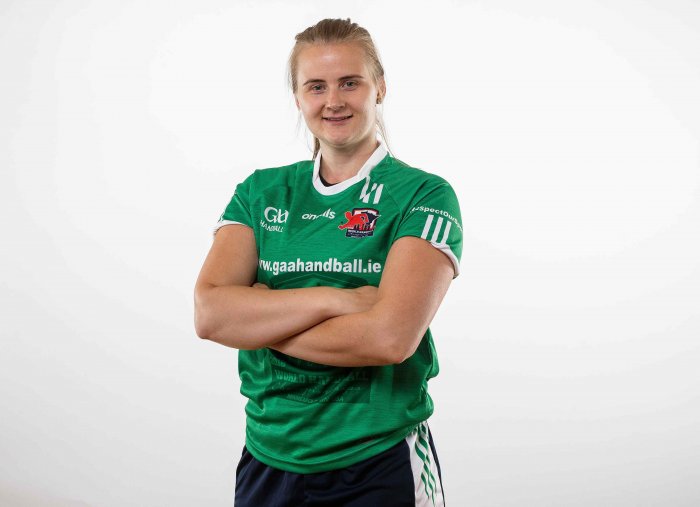 Antrim’s Reilly is now a double World 4-Wall Doubles title winner as she and McMahon accounted for Catriona Casey and Aishling O’Keeffe in the final 21-5, 21-15. Reilly lost to her Doubles partner McMahon in the Singles semi-final to end her quest for three in a row in this event. 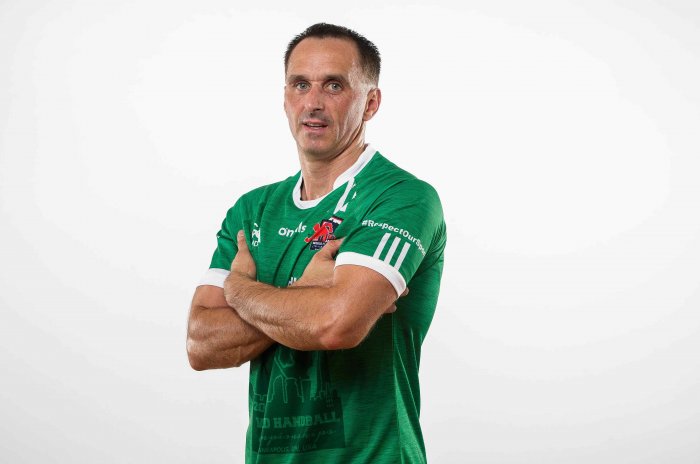 Cavan’s Brady the reigning five time World Senior Singles Champion entered this year’s event in optimistic mood to make it six out six. Brady had wins in the last 16 and quarter finals but he picked up an ankle injury in the first game of the quarter final. This resulted in him having to pull out at the semi-final stage, much to the disappointment of handballers globally when the news broke the following morning. 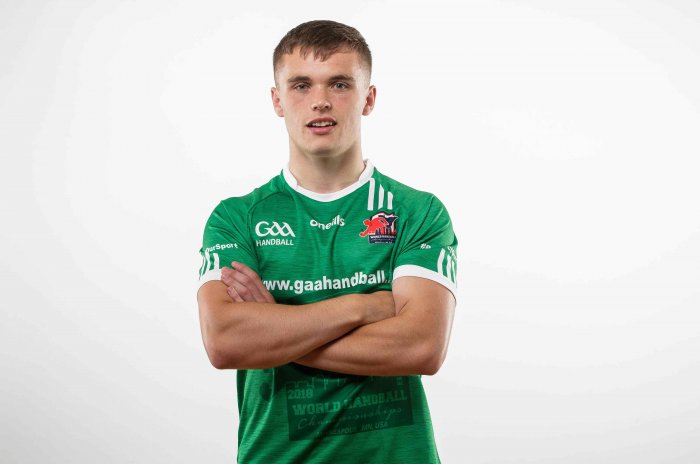 Clogh’s Dunne fell at the QF stage of his singles event in a tiebreak to top Canadian Ivan Burgos. But he showed his resolve to put that defeat behind him when partnering Sean Kerr of Tyrone to overcame Tiarnan Agnew and Jerome Cahill in the Boys 19&U Doubles Final. 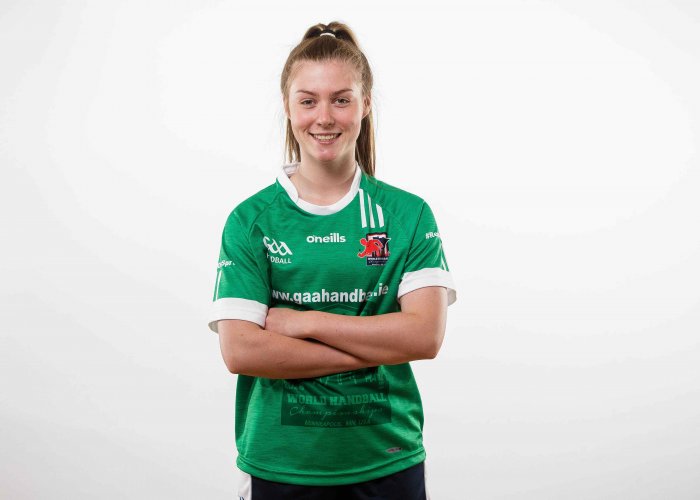 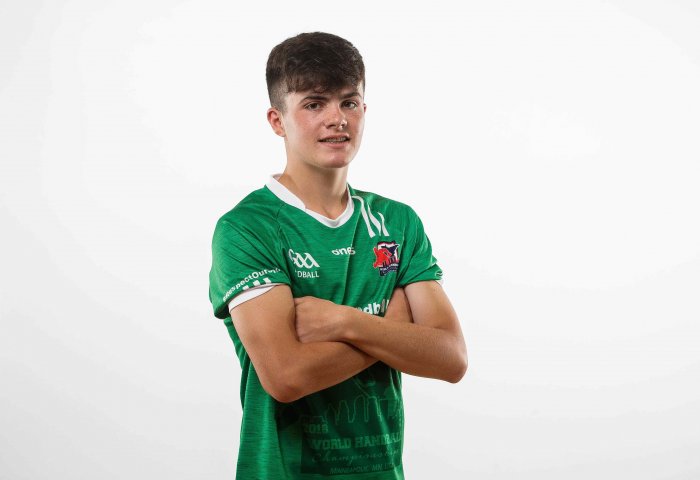 Monaghan’s McGinnity had a very impressive tournament, playing excellent Handball to come through a very competitive 17&U 4-Wall grade relatively unscathed, defeating Mark Rodgers in the final 21-14, 21-8. Earlier at the event in the 1-Wall 17&U Singles he claimed Silver when Eimhin O Diolluin proved the stronger one waller when he defeated McGinnity in the tie-break. 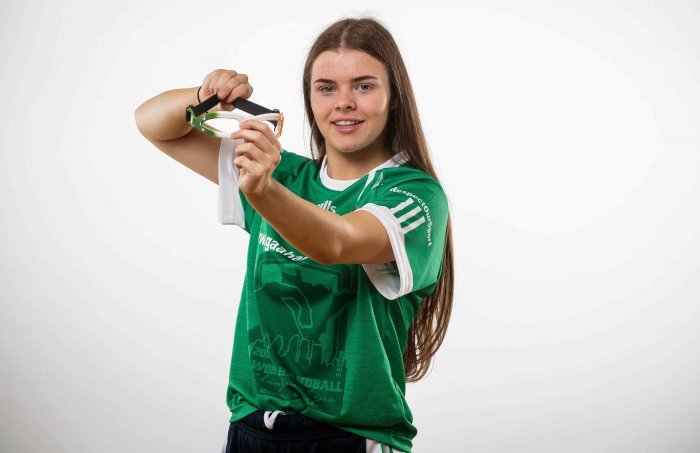 Fox produced a few classy performance en route to three gold medals from three events, what’s even more impressive is that she defeated three different opponents in her three finals. In her first event the 1-Wall 15&U Singles final she kept a cool head to defeat Clodagh Munroe 20-21, 21-19, 11-2. In the 4-Wall 15&U Singles final she played Noelle Dowling and had a tough two game win 21-15, 21-16. This was followed by the 4-Wall Doubles when she was partnered by her younger sister Dearblail to overcome Chloe Philphott and Louise McGinnity in another tight final to win 21-17, 21-15. What a remarkable tournament this young player had! 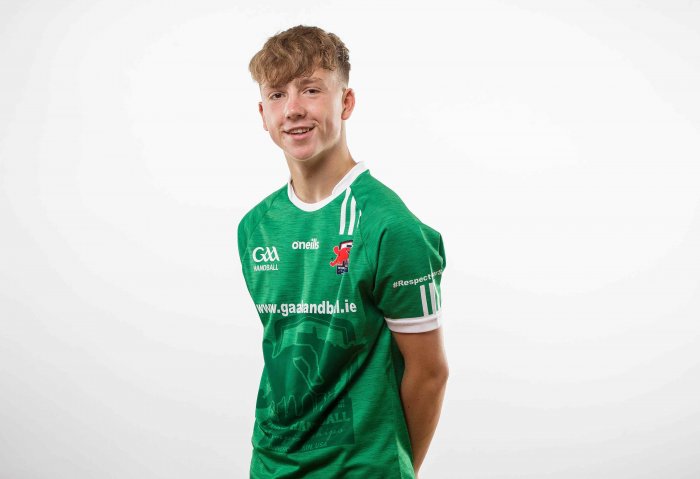 Kavanagh also had a remarkable ten days when he also claimed 3 Gold’s including one Singles and two Doubles titles with fellow Wexford handballer Mark Doyle. In the 1-Wall Josh and Mark reached the Boys 15&U Doubles final when they played Mikey Kelly and Rory Grace , this was a tight match but the Wexford pairing won 21-16, 21-14. Next up was the 4-Wall Singles final were Kavanagh faced Mikey Kelly again and this time the St Joseph’s player won 21-16, 21-10. A few hours later on Sunday afternoon Kavanagh and Doyle teamed up again in the 4-Wall Doubles were they faced Sean Coughlan and Rory Grace in the final. Even though the Wexford boys were tired they produced the goods and won 21-7, 21-8.

GAA Handball would also like to congratulate all other Irish winners who won titles but were not on the official team. Ireland are the dominant nation in 4-Wall Handball at present, and going by last weeks Worlds, it looks likely to remain that way for the short term future at least.