Limerick's Martina McMahon is a real joy to watch when she is in full flow, and today was one of those days as she won her 3rd consecutive All-Ireland Ladies Softball Singles title in Crinkle HC, Offaly.

It was a shame no spectators were allowed in to watch Softball's biggest day of the year,  but a free GAA Handball Stream Service enabled Handball fans all over the world to watch from the comfort of their own homes.

So often over the last few years, Cork's Catriona Casey has been McMahon's Final opponent. In fact the duo have met in the last three 4-Wall Finals, last 6 Softball Finals, and last World Final. In doing so they have forged a remarkable rivalry that has brought ladies Handball to new heights. But Casey's shock QF defeat to Aoife McCarthy (Westmeath), who is turn lost her SF bout, saw Kilkenny's Ciara Mahon emerge as the last remaining challenger to Martina's dominance. 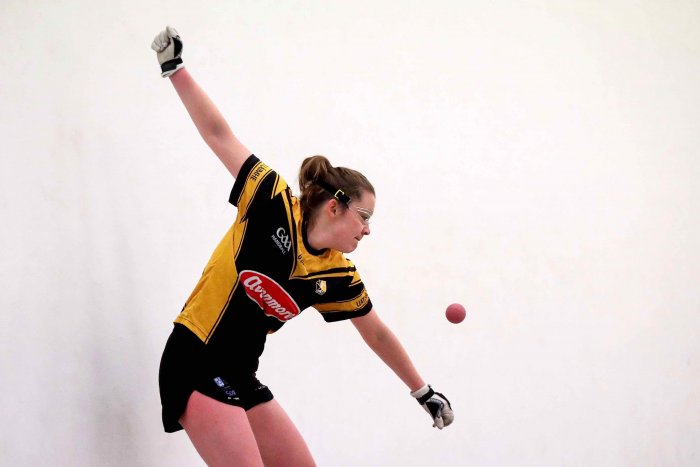 Mahon was appearing in her first Senior Final having regularly made Senior SF's. The Clogh club woman couldn't get to grips with Martina's power in the opener, falling 21-2, but with scores tied at 6-6 in the second, things were looking up for Mahon, who showed showed great courage and fight, chasing down every ball.

But in the end it was Broadford's McMahon who was able to make points at greater ease as she closed out the match 21-8 to seal her 4th title in all.

GAA Handball Uachtaran Dessie Keegan commented in his post match speech that "Martina McMahon is a once in a generation handball player" and that opinion is widely held across the Handball community.

In the Ladies Minor Final there was a first ever win for Kilkenny as Noelle Dowling defeated Clare's Chloe Philpott 21-11, 21-12. It was surprising that such a strong Softball county like Kilkenny had never won the grade before, but Dowling put that to bed with a strong showing and never really looked in doubt. She will now join her fellow county colleagues Ciara Mahon & Aoife Holden in the senior ranks, 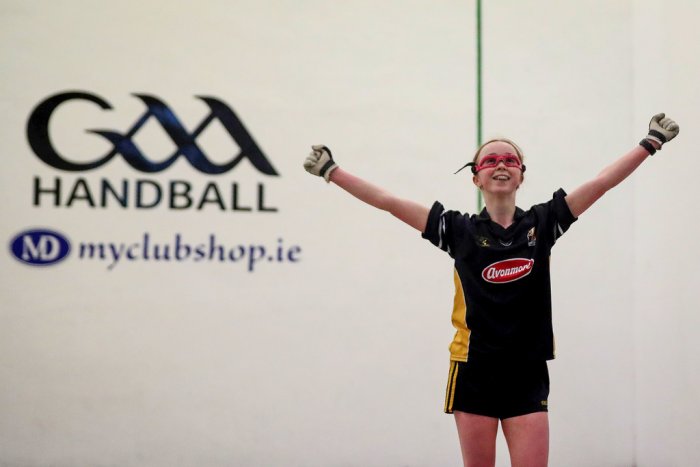 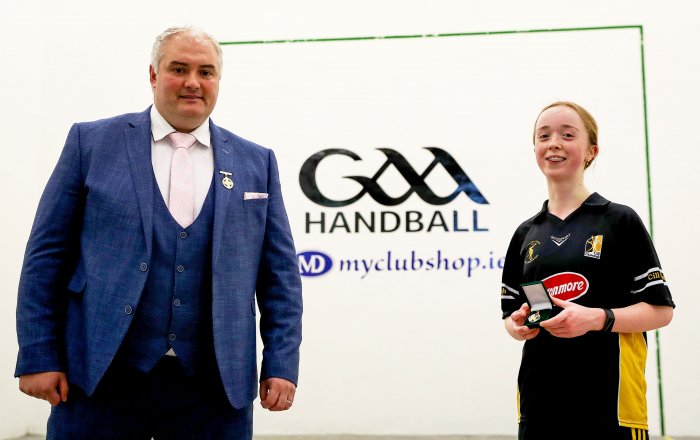