Left-hander Dunne had beaten 40x20 champion McGinnity in the ‘big alley’ singles final and completed the double with a bit to spare here.

Early on, the Farney boys were comfortable. With O’Rourke, who also excels in basketball, on the right and McGinnity taking most of the play, they opened a 14-10 lead but the Kilkenny lads soon found their range.

A couple of kills from Dunne and two hand errors from McGinnity saw the Leinster champions hit the front at 16-15 and a back wall kill from Dunne and a ‘tomahawk’ from O’Neill took them to 20, with an unreturned lob serve from O’Neill sealing game one. 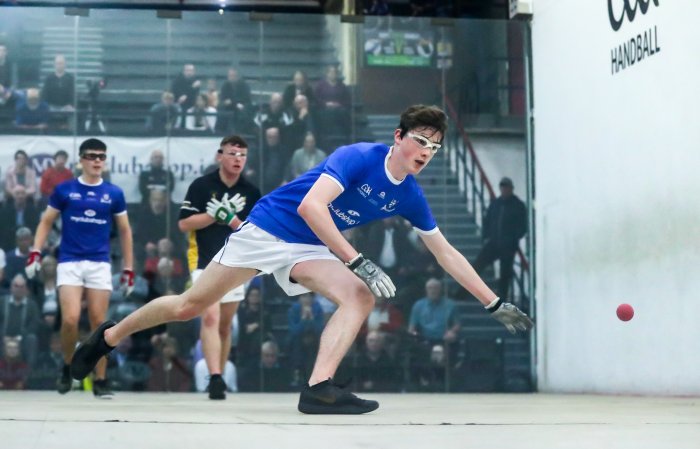 In the second, Kilkenny turned on the style. Dunne reeled off a succession of powerful kills while O’Neill played some outstanding handball on the right, at one point recording three spectacular kills in a row to take Kilkenny to 9-1.

Kilkenny, showing some signs of nerves as the finish line approached, made a few hand errors and McGinnity pulled off a couple of kills as the Ulster boys cut the gap to 10-19 but a kill from O’Neill and then a Monaghan mistake saw Dunne and O’Neill bring the title back to Noreside for the 14th time. 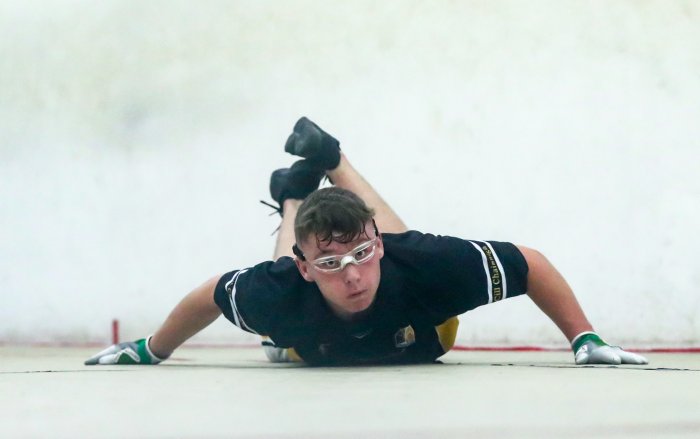 For Billy O’Neill, it marked a second successive victory in this grade, having won it with Ciaran Cooney last year. Kyle Dunne, meanwhile, will still be eligible for minor level in 2020. 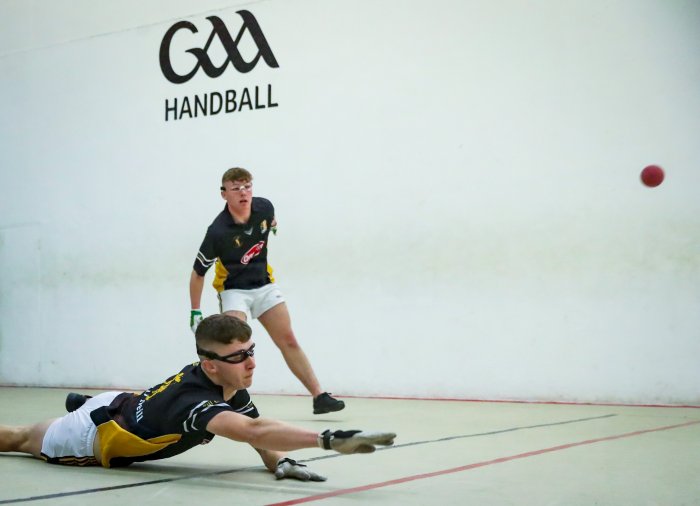