The Irish contingent travelled across the Atlantic for last weekends US Open, and yet again came home with the key titles as Westmeath's Robbie McCarthy & Cork's Catriona Casey claimed the Mens & Ladies Open crowns.

In the final it was McCarthy who stole the early march, with his classy all round court play dominating Ortiz, winning 21-5. The attacking Ortiz did not wilt though and forced the current All-Ireland champ McCarthy to dig deep in the second, before the Mullingar man sealed victory 21-17 in an absorbing match. 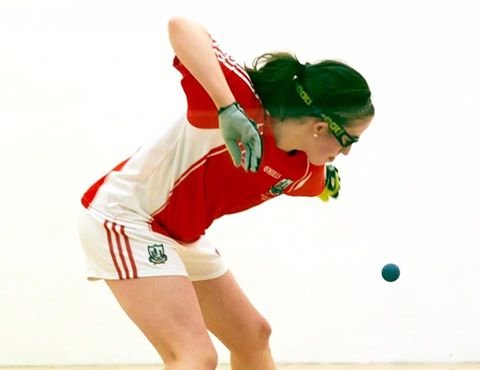 In the Ladies, all four semi-finalists were Irish, as reigning champion Aisling Reilly ousted Aoife McCarthy 21-1, 21-3. The second SF saw two of the games big hitters in Catriona Casey & Martina McMahon. Casey had the upper hand in McMahon over the last number of years, but McMahon did break that run with a very impressive All-Ireland 60x30 Final win just a few weeks ago. Albeit in a different court, the win should give McMahon the confidence to go on and break the big two of Reilly & Casey in the 40x20.

The first game was predictably tight, but Casey edged it 21-15. From there she commanded control of the match and sealed her final placing with a second game 21-8 win.

The final was set up for another classic, with Reilly having won last years final 11-9 in the tiebreak. But matches between these two stars are so unpredictable, and yesterday it was the turn of Casey to put on a show, as she comfortably took the title 21-3, 21-14.