The Hannon Cup once again delivered on showcasing another fine spectacle in the 60x30. Hosted by Ballymote Handball Club and sponsored by Just Eat Ireland, the pairing of Michael McMorrow (Collooney) and Joe Dowling (Ballaghaderreen) claimed victory over Kevin Diggins (Lexlip) and Gerry Coleman (Collooney) in the Cup Final.

The perpetual tournament in memory of Mr. Handball, Michael Hannon, has been driven for over 30 years by two Ballymote legends in their own right, Francie McCann and Martin Golden. Each year they have ensured some truly entertaining pairings in the 60x30 doubles invitational and this year proved no different with many fine players being showcased, including for the first time Mayo Senior Ladies Amy Corrigan and Pauline Gallagher. 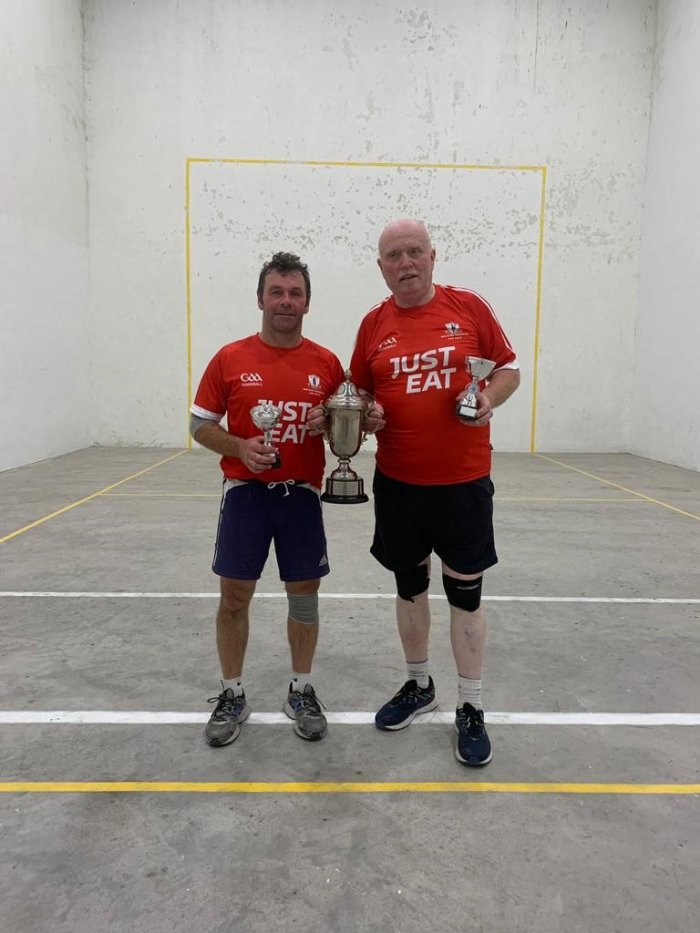 After several eye-catching rounds the first final of the day was The Plate final. Sean Jennings (Lisacul) and Simon Cavanagh (Collooney) would face off against Shane Bruen (Collooney) and Juskas Oskaz (Drumcliff). This was set up to be a gruelling affair with both Bruen and Jennings having the experience of All Ireland glory in the code. After some fine rallies and a crowd pleasing display of Sportsmanship Jennings and Cavanagh took the glory on the day with a score of 21-10.

The stage was now set for the showcase final. And a showcase it was. Neither side willing to relinquish an inch as they were urged on by a packed gallery. At 28 points all was it to be Dowling and McMorrow or Diggins and Coleman. It was the more experienced pairing who found that extra push to take it over the line but all were in agreement, young Diggins of Lexlip is one to watch. Dowling and McMorrow sealed the match at 31-28.

The Hannon Family, represented by Peggy Walsh and Jason Hannon, said a special word of thanks to the tournament sponsors, Just Eat Ireland (main tournament sponsor), the Picnic Basket Ballymote, and indeed Ballymote Handball Club without whom the prestigious tournament could not take place. 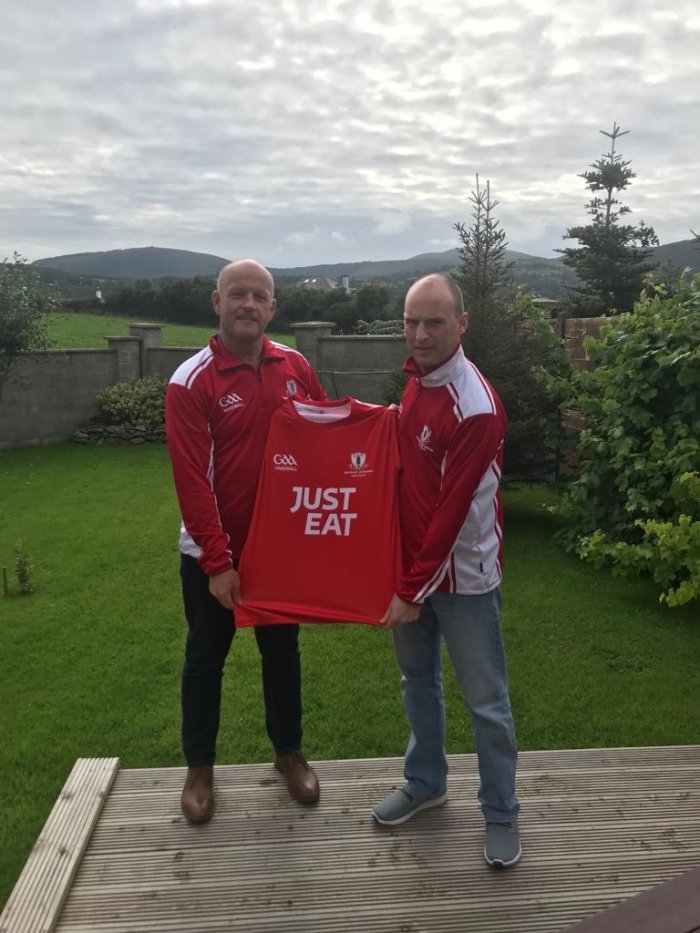