The beautifully maintained 60x30 three-wall handball court, originally built in 1935, again resounded to the crack of a well struck handball as Gardai from the Clontarf Garda unit played with visitors from Clontarf, Na Fianna and St Brigids GAA Handball clubs, and with a number of locals. Participating Gardai included Mark Richardson, Ciaran McCabe and Colm Tracey while others joined in later. They were complemented by ex-Garda Ned Flynn, the well-known Dublin handballer, who was a previous multiple All-Ireland Garda Handball Champion.

Na Fianna’s GAA Handball National Coach Developer Meadhbh Ni Dhalaigh and Ciaran Tynan, together with St Brigid’s Eugene Kennedy provided some basic instruction and all the attendees quickly joined in the fun. For many it was their first experience of handball and hopefully a spark has been lit.

Particular thanks to Clontarf Garda Mark Richardson and to St Brigid’s Enda Timoney for initiating this very successful afternoon of handball. Hopefully this event will lead to a resurgence of handball amongst the Garda community at Clontarf and to future community handball initiatives. 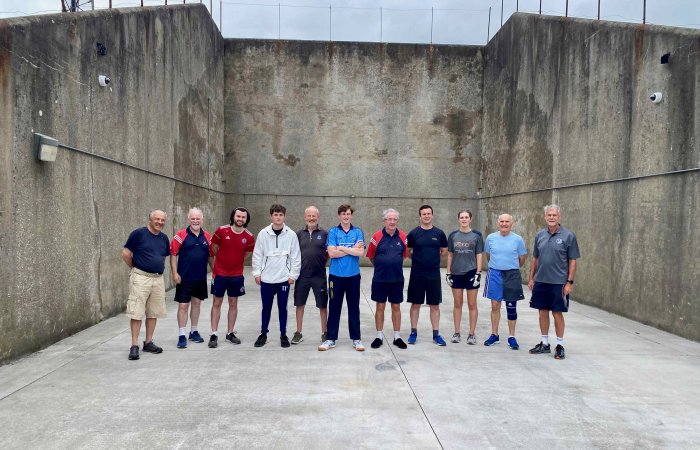 In other good Clontarf handball news, on Saturday last the nearby Clontarf GAA Handball Club hosted a very successful Handball Foundation Coaching Course and it was great that some of the participants including Ger, Thomas and Hannah Craddock, Maura Harding, John Egan, Tom McCabe, John and Oisin Corrigan and Ciaran Doyle took part in today’s Garda organized event. Ciaran’s son Jack was the youngest participant on the day at 8 years old! 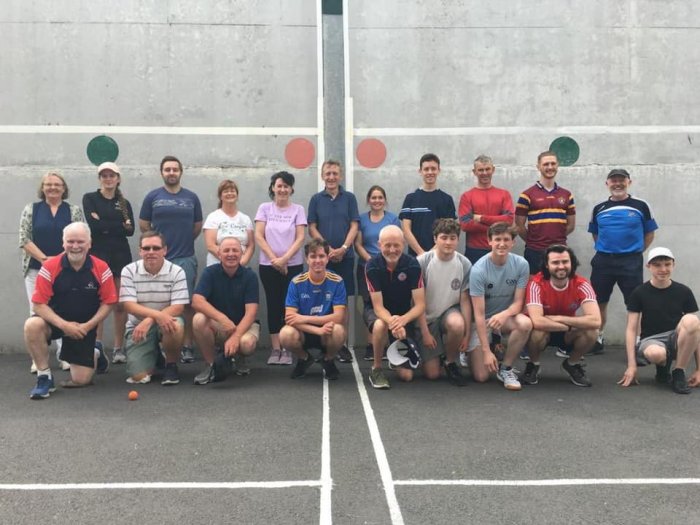