The Gerry Coleman Memorial was a great success yesterday. The brilliant weather made the day so enjoyable. There was some fantastic handball played by all 38 players. Players came from Sligo, Mayo, Roscommon, Leitrim, Galway, Longford and Kildare and consisted of players of all ages. All pairings were evenly matched which led to tightly contested matches.

After a great morning of handball the top 4 seeds pulled through to make the Semi Finals. In the first semi final Cormac Finn and Oran McNulty faced Josian Oskoz and Colin Finn. This was an entertaining match and the rivalry between the two Ballymote brothers and Drumcliffe Clubmen playing against eachother added to the excitement. Top Seeds Cormac and Oran pulled through winning by a single point.

In the Second Semi Final local star Sara Coleman and Kevin Diggins faced Moycullen Father and Son duo Jack and Brendan McNeela. This was a very entertaining game with excellent handball being played by both pairings. The McNeela’s managed to edge out this Semi Final by three points.

The Cup Final was a hugely entertaining game with the scores level for most of the match. Cormac’s experience pulled through in the end and him and Oran pushed away in the last few minutes to be claimed the first winners of the Gerry Coleman Memorial Tournament.

A massive thanks to everyone who made any donation on the day. All donations and entry fees will be donated to North West Stop a fantastic local charity organisation.

Lastly, A huge thank you to everyone who volunteered in anyway during the day, all the referees and especially to all the players who put on a great display of handball in memory of Gerry who in no doubt would have been proud of the handball showcased today.

We look forward to welcoming everyone back next year! 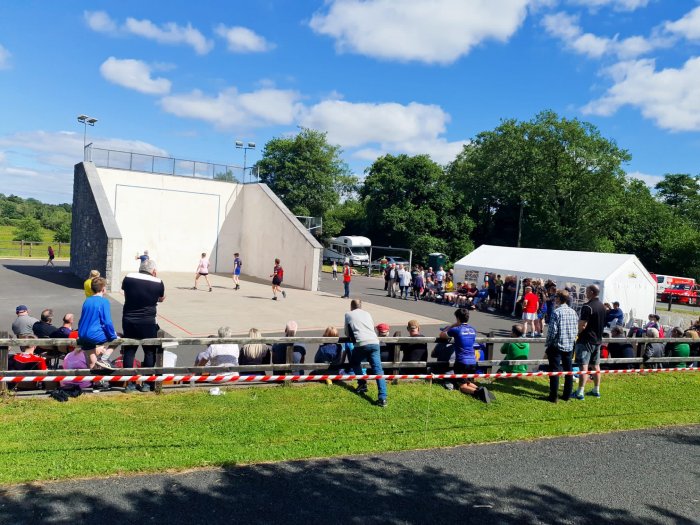 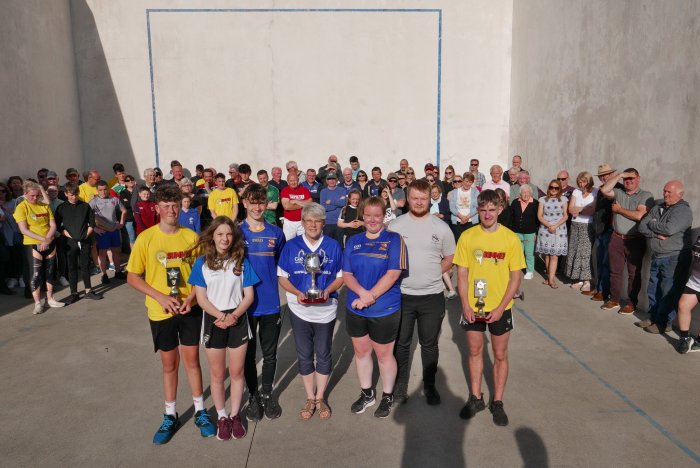 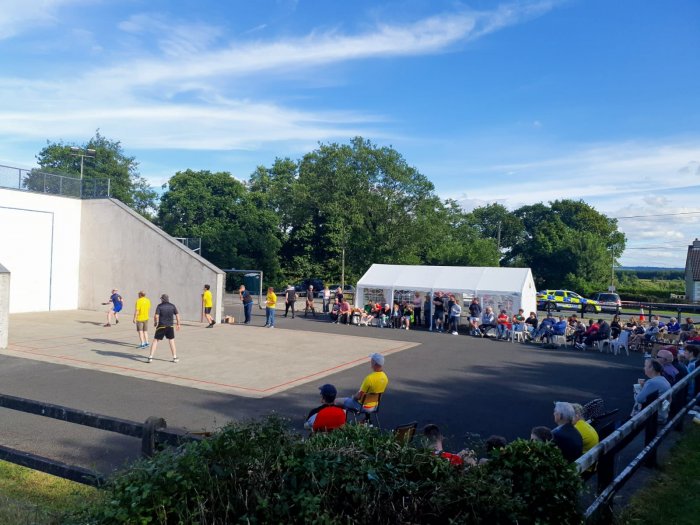