With Christmas just around the corner the greats of GAA Handball will have one thing on the top of their wish-list for the first weekend in January. The 2018 John Gaffney Memorial Handball Tournament, proudly sponsored by Drury Oils Ltd., takes place in Ballaghaderreen handball club from January 5th-7th.

Now in its 9th edition, the season opener has gone from strength to strength, consistently drawing the cream of Irish handballing talent west of the Shannon.

Last year saw a packed crowed in Ballaghaderreen treated to a tense tie-break tussle between Galway maverick Martin Mulkerrins and Cork’s perpetual motion machine Killian Carroll. While it was Carroll who came out on top in 2017, this year’s tournament promises to be wide open with the Corkman now living in the USA and not returning to defend his title. 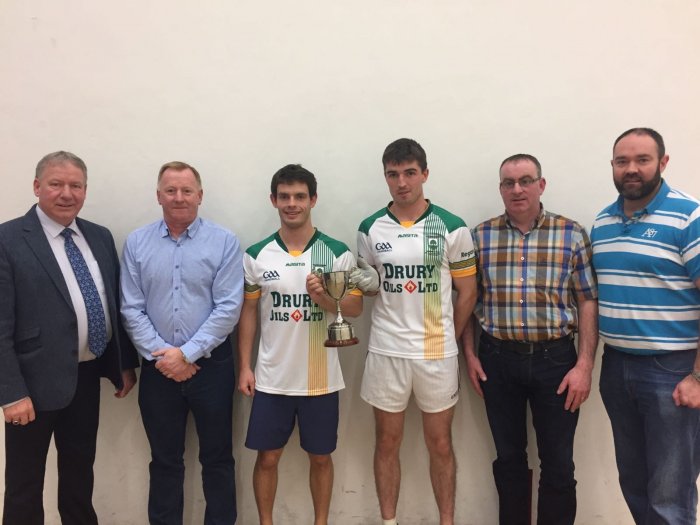 Of local note, the 2018 tournament will see the return of Ballaghaderreen’s own Stephen Cooney. After working for a number of years in New York and playing on the American professional handball circuit, crowd favourite Cooney will content to claim the championship named after his childhood coach in the court located less than 500 meters from his home.

With more top players set to be announced in the coming weeks this year’s Gaffney Memorial is shaping up to be a true festival of handball.

For ticket and other enquiries, please contact Padraig Gaffney on 0868599533.