The 30th Annual Gael Linn competition which took place today saw the country’s best young handballers descend on Tinryland HC, Carlow to compete for the novel mixed doubles event. The competition is played with the use of the Irish language being encouraged throughout it.

The format of the Gael Linn sees two pairings from each Province (one boy and one girl) play off in a timed basis of 3 matches; Girls Singles, Boys Singles, Mixed Doubles.

A strong field, with names now well known in Handballing circles resulted in a series of exciting tussles which led to Moycullen’s (Galway) Cara Hanley and Mark Gilespie coming out top of the pile following a 72-36 final victory against Monaghan’s players Emily McGinnity and Callum Sherry representing the Monaghan Harps Club. In the Solas section, Clíodhna Rodgers and Jack Madden of Tuamgraney overcame Abbeyknockmoy’s Aoife Flynn and Caleb Donnellan.

GAA Handball would like to thank all the competitors, parents, coaches, volunteers and especially the host venue for making the day possible and most importantly, enjoyable for all the players. 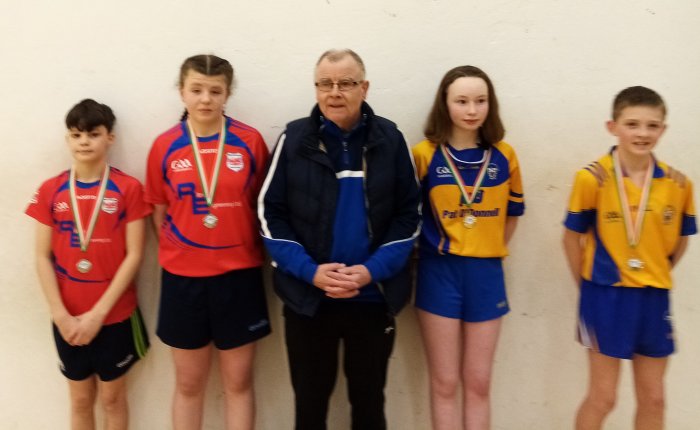