By Jamie Ó Tuama for GAA.ie

It is almost a year since GAA Handball ’s plans to open their new state of the art handball centre at Croke Park were curtailed and came to a sudden standstill due to Covid-19. There was great excitement at the time, and it was accepted that a new dawn was in store for handball in Ireland with the opening of the centre and the new home of the game, just weeks away. The pandemic could not have struck at a worse time for the sport.

GAA.ie caught up with GAA Handball National Development Officer, Darragh Daly, this week for a chat about the new centre and how GAA Handball are spending their time in the absence of games, to progress the sport.

‘It was a real kick in the teeth to be honest’, was Darragh’s initial response when asked about his disappointment regarding the timing of Covid-19 and how it coincided with the planned opening of the new centre at Croke Park. He remains upbeat, however:

‘I suppose the only plus side is that it is still there waiting for us and once we get back, we’ll have this spectacular new venue all ahead of us.

Whenever we left in March, we were just getting ready to move into the new offices and they were exciting times. We were just finalising the last few bits and pieces with the courts.’

Regarding the venue itself and the potential impact it is expected to have on handball, Darragh said: 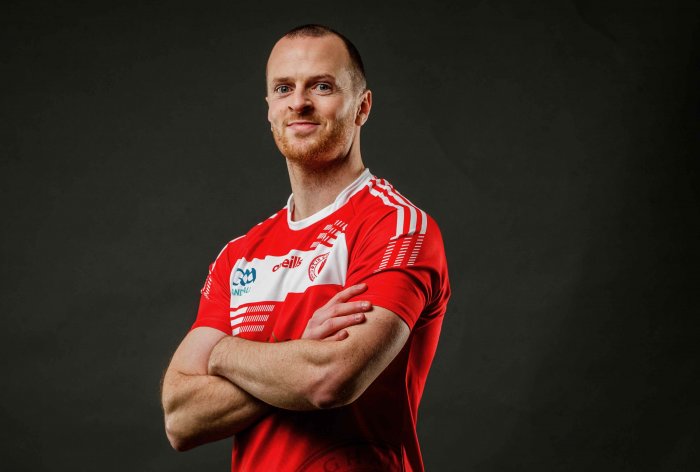 ‘The new centre is going to be spectacular for handball. It gives a real wow factor to the sport, something that has been missing from us for the past while. We have been missing that spectacular venue to host our big finals despite having some cracking venues across the country, for example, we hosted a lot of finals up in Kingscourt, in Cavan. It a superb facility but I suppose the name and location of Croke Park is special for everybody in the GAA.

It wasn’t ideal timing, but it is still there for us. It is not like it has gone away. It will be still there when we get back.’

With regards to the prospects of getting to both work and play in the new centre post lockdown, Darragh is equally as excited.

‘The handball season is long, and a lot of players play all year round with the different codes, so the lockdown at the start of Covid was a bit of a welcome break and an opportunity to recharge the batteries a bit, but I think now, at this stage, everyone is chomping at the bit to get back!

Having it on the doorstep of the offices is going to be nice so hopefully I’ll get a bit of training in it as well. There are exciting times ahead.’’

Darragh is not the only player to remain upbeat. His positivity and excitement were equally shared by other top players I chatted to this week. Top Ladies star, Cork’s Catriona Casey, who has amassed a total of 20 All-Ireland Senior Medals commented;

‘To say the opening of the new National Handball Centre is eagerly anticipated would be an understatement! It will be brilliant to have a state-of-the-art multi court complex in Croke Park to showcase our sport. I think all young players will aspire to play on the glass show court. It makes for a spectacular arena, and I personally cannot wait to compete there’. 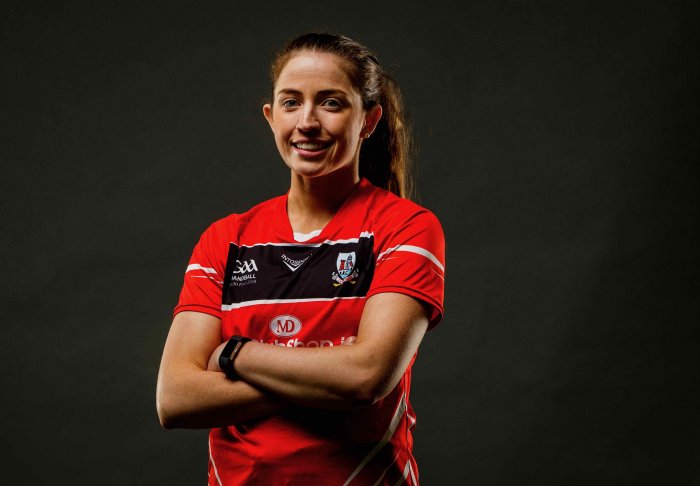 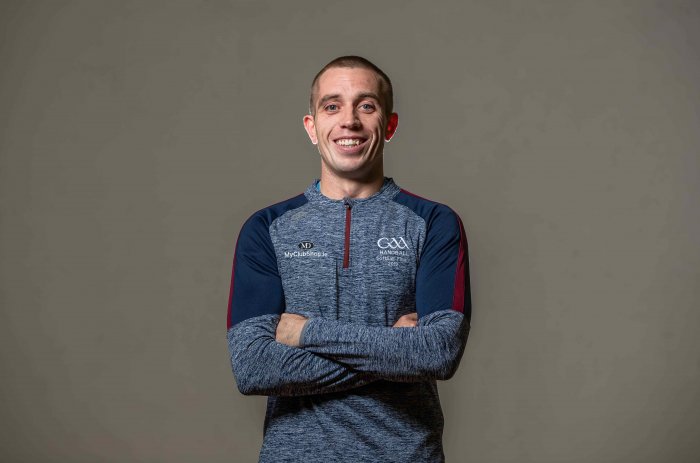 ‘This new centre will help drive handball to new heights. Having all codes of the game accessible under the one roof, in exceptional courts and surroundings is very exciting! I hope I get the opportunity to compete there in major finals in the coming years.’

‘It follows on from our ‘Club Iontach’ which is our club accreditation scheme that we launched last year. The national handball landscape is very competition orientated and has many tournaments. Everybody wants to play which is good. However, we want to change the focus slightly to make time to strengthen our governance structures and provide supports for our clubs.

The ‘County Iontach’ is essentially the same as ‘Club Iontach’, but targeting County Board level, and is a support mechanism to provide a bit of guidance and structure for what county boards should be striving to achieve.

There is no point in sitting and resting on our laurels. We haven’t seen much handball this last year so now is the ideal time to strengthen our club and county structures. With the turn of the year there will be new county committees on board, and new people taking up position, so it was a good time to launch.’

The social aspect to handball is very important to GAA Handball, also, and Darragh explains how they have been trying to develop this aspect of the game over the past few years;

‘This is something we are trying to change. There is a social handball played at club level but not so much at national level, a lot of your time is taken up with the elite and national competitions as well as the All-Ireland Finals.

We have seen recreational handball grow within our schools in terms of the one wall and we do have a couple of initiatives planned out to expand that to all GAA clubs once we return from this pandemic closure. The social and recreational side of things is something we as an association are looking at. It is something we are going to explore and try to grow. It is an avenue we are excited about with the potential for increasing the numbers that play the sport.’

Darragh also spoke to me about a new initiative, ‘Healthy Handball’, which is to be launched by GAA Handball in the months ahead and rolled out all over the country.

‘We have a new concept coming, ‘Healthy Handball’, which aims to grow recreational handball in GAA Clubs. There are a lot of non-playing members in clubs, or players who have recently retired from Football, Hurling, or Camogie. When you finish up you kind of miss that outlet. That is why we are pushing the one wall in the clubs. It might be social, but a lot of the players would still have that competitive element about them, so it is a perfect fit really and it is non-contact.’

There is a lot going on in GAA Handball at the minute outside of those ventures and Darragh outlined to me a few of the other initiatives being undertaken at present.

‘She’s Ace’ is our Women in Handball programme, a highlight of which being an annual female only tournament that we run in Breaffy House, Castlebar every year. It has been growing considerably, year on year, so with the pandemic we obviously couldn’t host the tournament in 2021, so instead we marked this year’s event with an ‘Online Festival Week’ that really did go very well and saw great interaction and enjoyment within the Handball community.’

‘We are looking now at doing a month-long online festival throughout April for juvenile handballers who have really missed a year’s handball now at this stage. We’ll be getting big profile speakers from across the GAA and Handball codes. We’ll have interactive challenges, talks, nutrition and handball skills etc…’

Handball is a fast-paced, highly skilled, hugely entertaining, and fully inclusive sport that appears to be on the up. Not only is it played in Ireland, but it is also played in strongholds worldwide such as USA, Canada, Mexico, Puerto Rico, the UK and Spain to name but a few and participation rates are increasing significantly in countries such as Holland, Italy and Ecuador, for example. With this growing popularity for the sport, I asked Darragh where he saw GAA Handball in ten years’ time.

‘Personally speaking, I see the 1-Wall code of handball playing a big part in the future of handball, especially when you see how it has developed not just in Ireland but internationally as well and across Europe.

You see courts popping up all over the country. In Ireland we have had 400+ Handball walls being built in schools & GAA Clubs nationwide in the last six years, all of their own accord and all on their own cost. The 1-Wall court opens up accessibility to new areas, to new people and to new demographics so I do see that as being a key part of the future of handball, not just in Ireland but worldwide.

The new centre is very exciting too because we now have a home to be proud of. In the next few years, we look forward to bringing people to play there and to children seeing the courts and inspiring them to play.’

You can find out more about GAA Handball, the County and Club Iontach and all the other initiatives being rolled out to promote the sport on their website HERE. There are also numerous resources and information available on the game at this link.