First up is the Minor final between Kilkenny's Kyle Dunne and Mohaghans Eoghan Mc Ginnitty who are no strangers having met in the 2018 Under 16 Softball Final. Kilkenny's Dunne was the victor on that day but had to do it the hard way in three games so another close encounter is expected in today's curtain raiser.

Dunne is aiming to follow in his brother Shane's footsteps who captured the Minor Softball title in 2016 and should he collect today's title will become the 8th Kilkenny man to lift the Minor Cup. From the Clogh club in Kilkenny he has had a successful underage career winning the Under 14 Doubles title with Billy O'Neill in 2015 and the Under 16 Singles title last year. He will be looking to complete the collection with the Minor title but will face stiff competition in Monaghan's McGinnity. In his semi final he had a good victory over Cork's Cian O Driscoll and will be full of confidence for today's encounter.

From the Monaghan Harps Club McGinnity defeated Roscommons Liam Egan in his semi final and will be aiming to be the first ever Monaghan player to lift the Minor Singles title. He has already captured the Minor 40x20 titles in Singles and Doubles, also the first from Monaghan to do so, and will want to complete the clean sweep by adding the Softball Singles and Doubles titles. A talented all rounder McGinnity will enter todays final full of confidence

The last meeting between the pair was in last years Under 16 All Ireland Final with Dunne shading it on a 21-17, 20-21, 11-9 scoreline and given the form of the two players over the past year it suggests that we are in for a cracking start to our programme. 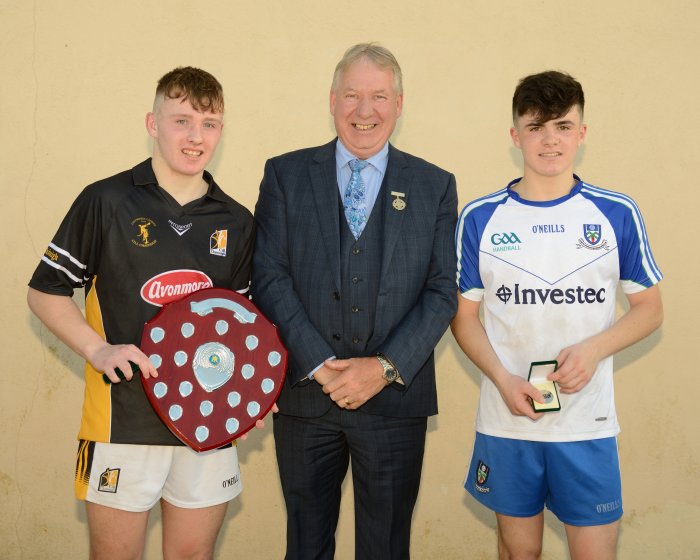 Next up on the programme is arguably the game of the day with Limerick's Martina McMahon looking to defend her title against Cork's Catriona Casey. At this stage we are running out of superlatives to describe games between the two top women in Irish Handball and rarely if ever has a game between the two failed to live up to expectations.
2018 was McMahon's year taking a clean sweep of singles titles but Casey has struck back in 2019 taking the 40x20 Senior Singles title and will look to wrestle back the Softball title and capture her sixth title. It is her 8th consecutive Senior Singles final and 6th consecutive final against McMahon.

Limerick's McMahon will look to defend the title she won in 2018 and look to capture her third title following wins in 2016 and 2018. Following disappointing results in the 4wall and Wallball Championships she will be eager to get back on track and take the last ever Senior Singles title at the Handball centre. In her semi final she defeated Aishling O'Keefe of Cork 21-0, 21-2 which suggests the Limerick lady is firing on all cylinders for todays encounter.

Casey will be looking to cement her status as the top Ladies player having already captured the singles and doubles titles in 4wall and will be aiming to do the same in the Softball and comes in to today's final in excellent form. In her Quarter Final she received a walkover but was ruthless in her semi final victory over Kilkenny's Ciara Mahon winning out 21-3, 21-2 to set up today's mouthwatering encounter. She currently leads the title count in Ladies Senior Singles tied with Limerick's Berni Hennessy on 5 titles and a win today will put her in outright lead with six titles. She will be desperate to capture the last ever Senior Ladies Singles title in the old HQ and will enter the arena in confident form.

Last years encounter between these two superstars was regarded as one of the greatest ever finals finishing in a nailbiting 21-20 third game victory for McMahon. Today's encounter promises to be just as tight so get your seats early as you won't want to miss a minute of the action. 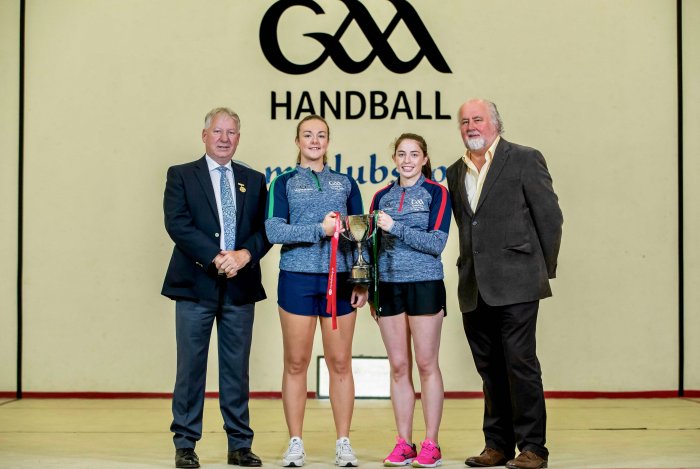 Last up is the familiar pairing of Westmeath's Robbie McCarthy and Dublin's Eoin Kennedy in astonishing 11th consecutive final between the pair. McCarthy has won 7 of these encounters and today will aim to win his eight title in total and like the Dublin footballers he is going for a five in a row of his own. He is the current 4wall Senior Singles champion and is in the form of his life. On route to the final he had straightforward wins over Dublins Carl Browne and Wexfords Gavin Buggy and will start the game as hot favourite.

Kennedy who is appearing in an incredible 15th consecutive final and has appeared in 18 of the last 19 finals will be keen to ensure he captures the last ever Senior Singles title in the old centre. The St Brigids man defeated Mayo's Joe McCann in the quarter final before defeating Galway's Martin Mulkerrins 21-16, 21-10 in the semi final an impressive result considering Mulkerrins overturned Kennedy in last month's Softball Nationals in Wexford. A nine time winner Kennedy is a legend of the big alley and he knows every inch of the court having played in so many finals there throughout the years. He will desperately want to sign off at the place that gave him so many great memories with a big performance.

McCarthy will start as favourite in the last ever Singles final in the old centre with a large crowd expected to descend on the famous old venue for one last time. There are a limited number of tickets for sale on a first come first served basis. Today's action will also be streamed live on the official GAA Handball Facebook. 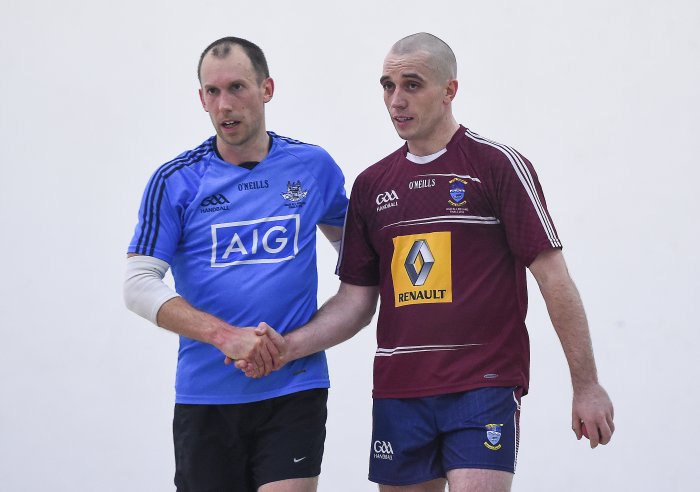