The tournament was organised by Brian Boru’s, O'Raghallaighs and St.Brigids Handball Clubs and is part of the Dublin Wallball Series. The tournament was a great warm up ahead of the All-Ireland OneWall finals weekend with a number of those participating taking part. The event rolled through 55 matches throughout the day utilising the two indoor courts, with players from 10 different counties participating in five different grades. The opening games were a round robin with players moving up or down depending on their round robin results into their respective knockout grade.

Full results can be found at the link below. The last tournament for this year in the Dublin Wallball Series will take place on Saturday 3rd December in Dublin, please check dublinwallball.com for registration details.

The Men’s Open Singles was won by Paul Donnelly (Tyrone) who won his first tournament in the series after two previous finals, which includes the last edition of the North Eastern Wallball Open in 2019. Paul went unbeaten on the day and won a very tight final against Cian Dunning (Cork) who was playing in his first final in the series. The final came down to the last serve with Paul taking the winning point to secure a 21 to 20 victory. Both players showed great skill and control throughout the match. Results of the various grade finals below. 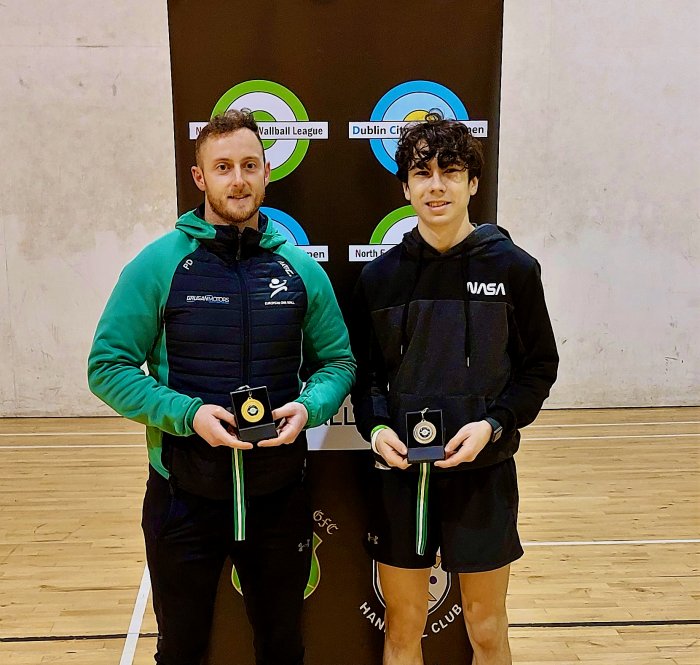