Some footage from the archives, but footage that is still very relevant today, as Kilkenny Hurling (9 All-Stars & 5 All-Irelands) & Handball (multiple All-Ireland's + 23&U World Title) legend DJ Carey talks passionately about the sport of Handball during the 2009 GAA Coaching Conference in Croke Park.

You can watch the full 22 minute talk below, but we have cut a few key quotes below.

When speaking in terms of a winter activity, Carey, who won the 2016 All-Ireland Masters Doubles title with the late great Ducksy Walsh, is quoted as saying;

“There is no better game to be getting kids involved in playing.”

“From a coordination point of view, from both sides, from a thinking, from a feet” (perspective).

“This is a lovely sport that anyone can play, at any level, at any age!” 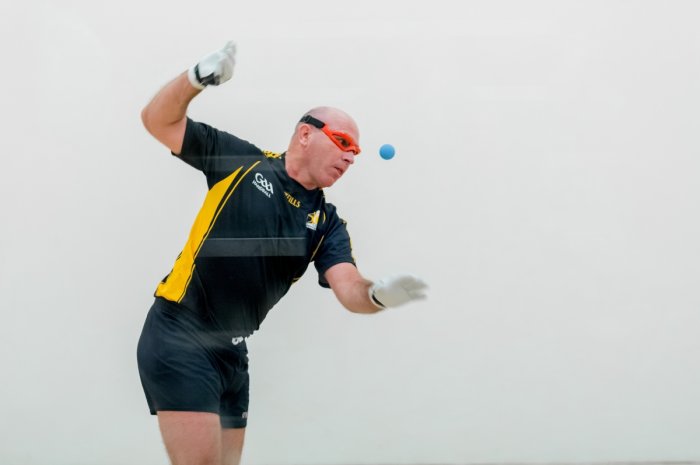 He continued to state that a cart blanche of his when coaching a Hurling team of any age – #1 is to get them playing Handball.

“It’s no secret Kilkenny are so successful in Hurling. In every district of the city, there are two Handball courts, which means there are something like eight outdoor courts in Kilkenny city, and three or four indoor as well.”

“It’s no secret that the reaction of guys are quicker than most.” “My footwork and anticipation came from Handball.”

“This game of Handball stood to me more than anything in the game of Hurling.” – DJ Carey (2009)