The 2018 US Collegiate handball tournament came to a close with players, coaches and officials alike leaving with numerous positive memories in the wake of a series of exhilarating games. Missouri State University hosted a brilliant tournament in Springfield thanks to their fantastic group of players and coaches who worked tirelessly all week to provide a great experience. This year’s group of Irish players saw a sharp drop in the number of players competing, but this did not diminish their competitiveness. Even with the smaller numbers, this dedicated group of players acquitted themselves well both on and off the court across the ten days of the trip.

The Men’s grades saw five Irish players competing, including three who were new to the American experience. In the Open, DCU’s Ben Devlin and newcomer David Walsh from CIT looked to compete for the top honours with some of the top players from American colleges like Sam Esser of Missouri State and Juan Leo Canales of Lake Forest. Both players played great first round games with Ben defeating Lake Forest’s Ricardo Palma in a nail biting and controversial tiebreaker 21-20 10-21 11-9 through his exemplary kill shots and David taking out Lake Forest’s Max Roberts in two straight games 21-6 21-4 thanks to his deceiving serve. Unfortunately, the quarter finals was where they came undone as David lost to Missouri State’s Max Langmack in a tiebreaker 21-19 20-21 11-3 in an extremely tight game as David was unable to come to terms with Langmack’s incredible retrieval skills. Langmack pushed the eventual champion all the way in the semi-final which demonstrated how close Walsh was to claiming the title. The experience is likely to stand to him when he returns next year to challenge for the title again. Ben Devlin was beaten by local favourite and eventual runner up Sam Esser 21-8, 21-11, who was in dominant form, and there was little Devlin could do to stem the tide. It was an impressive debut for Devlin in the Open division and something he will hope to build on next year also.

In Men’s A1, DCU’s Cian Ó Dálaigh, playing his final year, had a good run to the semi-final but was beaten 21-3, 21-10 by his old rival Austin Biddle from Minnesota State Mankato following a series of games where he outlasted his opponents. Cian and Ben Devlin also teamed up to have a go at the Open doubles competition where they annihilated Lake Forest’s Chandler Straw and Max Roberts thanks to an inspired performance from Devlin. They were unable to replicate this performance in the semi-finals to Juan Canales and Ricardo Palma of Lake Forest. 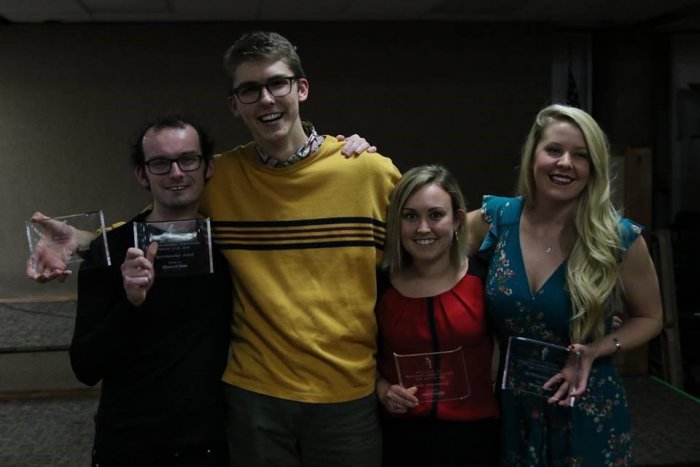 In the Men’s A2 division, IT Carlow’s Geoff Atkinson was beaten in the quarter-final by eventual winner Max Chiang of Stonybrook University 21-10, 21-3 but impressed with his exceptional retrieval skills throughout the week and pushed his opponents in every game. After a string of hard games throughout the week, DCU’s Oran Kiernan reached the semi-final where he was defeated by Jianneng Wu of Stonybrook 21-20, 21-13. Geoff took home a sportsmanship award for his incredible work rate, organisation of the Irish team, his willingness to help out at the tournament and his exemplary behaviour on and off the court.

In the Men’s B3, QUB’s comeback king Mark McDonnell, on his first trip to the States, had a tough start losing his first two grading games by very tight margins to drop into B3. He quickly got used to the American style then and went on a storming run to the final as he launched incredible comebacks in three successive games. Unfortunately, his efforts at a comeback in the final were successfully prevented by Utah’s Jarod Jensen, who won on a 21-12, 21-11 scoreline, but it was still an incredible tournament for the northern sensation. 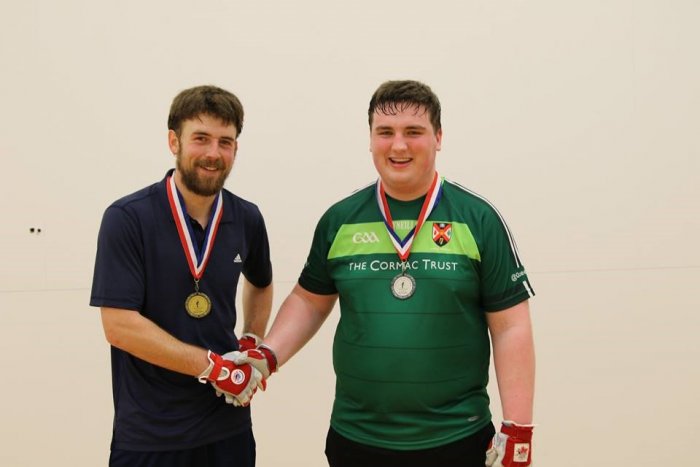 While there were no gold medals for the men, DCU’s Fiona Tully and Meadhbh Ní Dhálaigh brought home plenty of silverware. Both women made great runs to the final as neither of them dropping a game, with Ní Dhálaigh in particular impressing in her victories. Her semi-final pitted her against the number 2 seed from Canada, Leslie Amminson, but Ní Dhálaigh was unfazed by this and produced an assured performance to defeat her Canadian friend. Fiona and Meadhbh then played an entertaining final with Fiona running out the winner 21-9, 21-9. Meadhbh did not leave without a winners medal however, as only an hour after that final both women then teamed up to contest the Open doubles final where they defeated Missouri State’s Taylor Rumping and Cristina Pecaut 21-7 21-2 to seal a great win for DCU.

All in all, it was a fantastic tournament to be a part of and none of the travelling players would trade their experiences for anything. All the players would like to extend a big thank you to hosts Missouri State University, the organisers from the USHA and all the coaches and players from other colleges who made the experience for us. However, our greatest thanks has to go to Irish coach Tadgh Carroll and team physio John “Bosco” Hurley. Both men worked tirelessly throughout the week to ensure that players were well looked after. Bosco toiled all week to ensure they were in top shape for their matches while Tadgh was constantly moving from game to game doling out words of wisdom to the players, which got many of them through some tough games. All the Irish players would like give there sincerest thanks to both men for all they did throughout the week.

The 2019 US Collegiates will be held in the University of Minnesota in Minneapolis and hopefully we will back to full numbers for that. Éire Abú!