Why did you first start playing handball?

I can’t remember if it was camogie training, I used to play hurling and football with the boys so it was some sort of training session. It was lashing rain and we went inside and Mary Lindsay was there coaching away and we just jumped in and that was it.

Who was the biggest influence on your career in those early years?

As your career went on, who was your biggest influence?

That’s more difficult, I suppose all of the senior players in St Paul’s. You had the likes of Stevie Madden, Billy Silcock, Sean Devine, all those people. They were competing regularly and you knew then that there was something more outside of the club and outside of the county.

They were travelling around and playing bigger competitions so probably all the senior players in St Paul’s would have been the biggest influences on me as my career progressed. 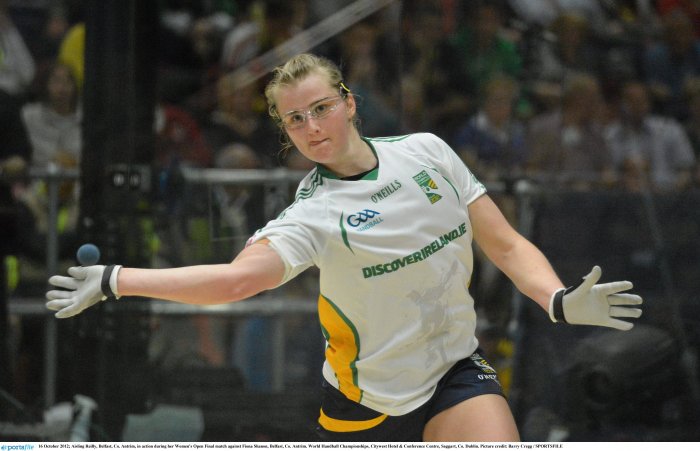 What are your best memories of playing juvenile handball, from when you started up to minor level?

Every game or every tournament was always a big event at that age. Cumann na mBunscol was huge because you were meeting lots of people all the time.

The All-Ireland juvenile finals in Croke Park were class too because you had all the different grades. Every event was huge, I always remember going to them and getting the t-shirts at the time, a white t-shirt or a yellow t-shirt.

They were just an ordinary Fruit of the Loom t-shirt but it was just that wee memento that you took away from those tournaments.

That was brilliant, being independent at such a young age and travelling like that, it sets you up for the later years when you’re going to the bigger tournaments in the States.

Can you describe how you made the transition from underage to senior handball?

It was probably a fairly natural progression in going from minor to senior. One of the first senior games I played was when I played the minor All-Ireland final and I won it and I also played the Senior Doubles with Fiona [Shannon], because Sibéal [Fiona’s sister and regular doubles partner] was out that year.

That was kind of a first taste of senior handball. It was kind of an easy transition because there was a high level with the likes of Ashley Prendiville, Maria Daly, Marianna Rushe, all those people, and we kind of transitioned fairly simply into playing the likes of Fiona, Sibéal and all those types of players.

It seemed easy enough at the time.

What age were you when you first achieved your goal of winning at the top level?

Yeah, I won the Open Singles at the Irish Nationals when I was 19 or 20 in O’Loughlin’s in Kilkenny. I think that was 2008, I beat Fiona in that and that was my first big win. At the time it was a shock to me and to everyone but that was the first taste of a big win at adult level. 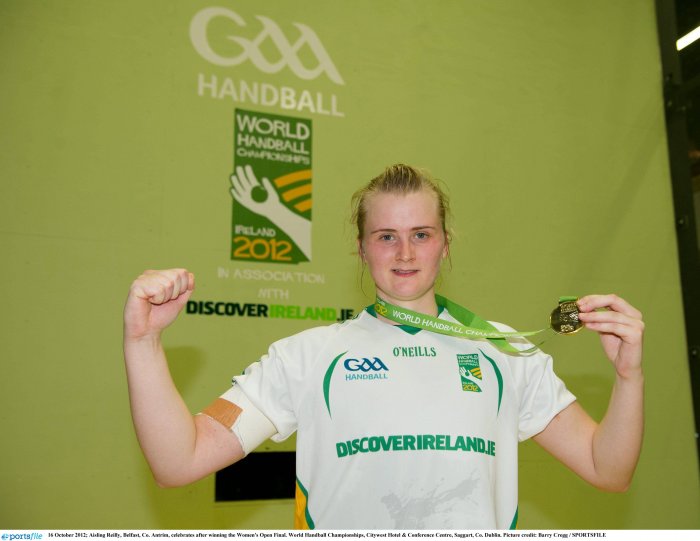 Do you have any tips for juveniles reading this as to how they can improve as players both during lockdown and when the courts open up again?

Well, first of all, I just watched Killian Carroll’s video yesterday that he did for the Youth Expo with the agility drills. Those are really fundamental movements so that would be the first tip, get the ladders out, get the cones out and practise those drills.

You can do that now before the courts open, replicate those rally-like movements. That was a class video that Killian did, I enjoyed watching it.

Then, whenever the courts open, it’s really about easing yourself back in. Don’t be going at 100 miles per hour, 15, 20, 30 minutes is enough in the first couple of weeks and then ease yourself back into games.

It’s about getting those little muscles working that haven’t worked in a while. Practise your off-hand of course, always, and if anybody is willing to give you advice, be willing to take it because it will only benefit you in the long run. 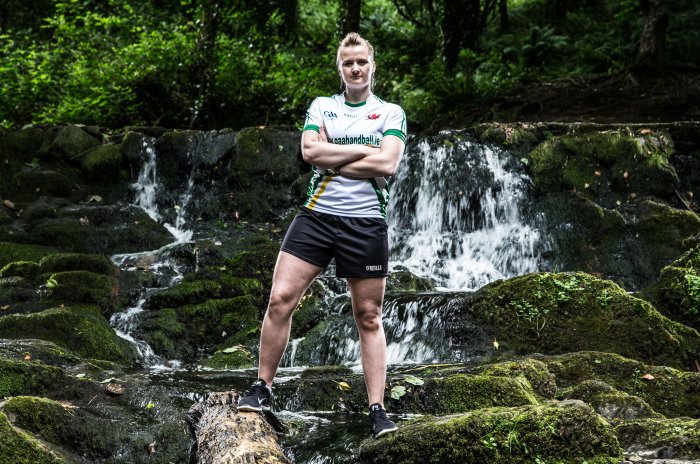 For a young person reading this who dreams of becoming an All-Ireland senior champion or a world champion, what pointers could you give them?