The 2019 GAA Handball season came to a close today, Saturday 23rd November with the 4-Wall Inter-club All Ireland Championships. In the Open grade Moycullen (Galway) took the premier title for the first time when they defeated Kells (Meath) in the final on a 66-57 score-line.

In the final, Martin Mulkerrins gave Moycullen the perfect start with a great win against Robert Fox 15-1 followed by a 15-2 win in the second to give Moycullen an early 30-3 lead.

Match 2 went the way of Kells with the experience Brian Carroll and Tom Sheridan up against Seamus Connelly and Conor Noone with the men from the royal county won this one 15-6 and 15-3.

Going into the final match, Moycullen lead by 6 aces and this match turned out to be the tightest match of the day. But the experience Gary McConnell for Kells made no mistake and took the first 15-12 against Diarmuid Mulkerrins to cut the Moycullen lead down to just 3 aces. But the younger Mulkerrins made no mistake in the second game and took it and the title for the first time back to Moycullen on a 15-9 score to win the match 66-57 score-line.

The Junior competition was played in Ballymore Eustace with the semi-final in St. Brigids between Carrickmore (Tyrone) and Lisacul (Roscommon) off, as the Roscommon side had to withdraw. In the other semi-final Broadford (Limerick) overcame Coolboy (Wicklow) 75-38. In the final the Munster champions were just too strong for their Ulster opponents with Broadford defeating Carrickmore 60-42. 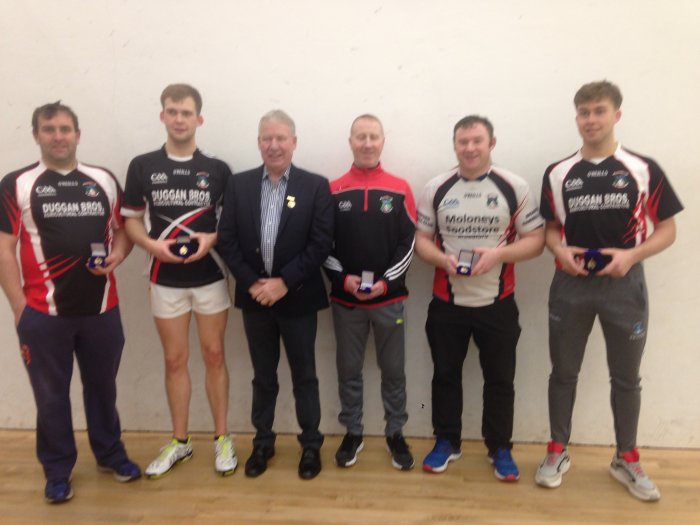 Finally, in the Junior B competition which was played in Curraghboy and St. Comans Roscommon. In the first semi-final Kells (Meath) defeated Liscarroll (Cork) while in the second semi-final Breacach (Tyrone) overcame Bofield (Mayo). In the final the Ulster champions just shaded their Leinster opponents with Breacach defeating Kells 71-62. 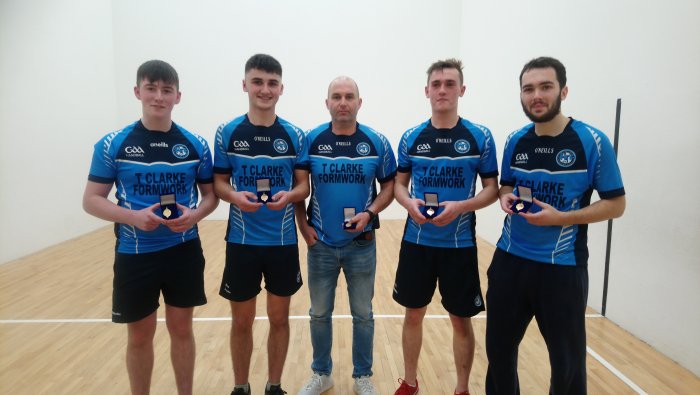 Thanks to all the clubs, players, referees and sincere thanks to the host clubs for their hospitality.