Sixty years ago, Loughmacrory Handball Club may have officially registered as a GAA Handball Club in Croke Park but history has shown that the small mid-Tyrone community has enjoyed well over a century of handball activity and built a reputation at the forefront on the largest stage nationally and internationally.

In 1969 the Club launched a book entitled “A Hundred Years of Handballing”, produced to mark the opening of the new alley in 1969, and tells us that in 1932 local men Owenie McKernan and Jimmy Mullan, under the direction of Loughmacrory curate Fr Stephen Taggart, collected ten pounds, bought the gate house to Loughmacrory Lodge and built a ball alley on the site. The rest they say is history and that is what the anticipated large crowds this weekend will be reflecting upon at the ‘Night of Celebration and Reflection’, with an exhibition of images, video and memorabilia on show.

“In 1967 the sidewalls of the court were blown down in a severe windstorm and locals were determined that this would not be the end of handball in Loughmacrory and a committee was formed, fundraising took place, the site was cleared and the present 60 x 30 built, mainly by voluntary labour. A community hall was then built alongside the handball alley. The club upgraded the outdoor court by building and officially opening the 1st fully covered 60×30 court on Sunday 13th April 1969”.

The club also added a new International 40×20 handball court in 1981 and in 2014 launched a unique outdoor, fully covered, One Wall International Handball Facility with 3 full sized courts to make the club the only one in Northern Ireland with full national standard courts across all codes of the sport of GAA Handball.

On the playing front it was 50 years ago that clubman Mickey Conway made history as the first Tyrone handballer to win an All Ireland championship title (1970) and in 1979 eight clubmen entered the Guinness Book of World Records after playing an 80 Hour Handball Marathon. Pat O’Brien, John McCullagh, Kieran Kelly, Pat Kelly, Paddy McGurk and Packie Coyle were part of that significant milestone which is one of many highlighted in a glittering club history. Hugh Duff, MJ Kelly, John Curran and John McCullagh led the way on the adult stage before Ciaran Curran emerged as the first ever Tyrone and Ulster handballer to win both an All Ireland Juvenile championship title (1986) and an International title (1989). That led the way for a huge array of talented young players from the club achieving success at the very top and Ciaran Meenagh, Brian Donaghy, Antoin Fox, Dara Curran and Gary McAleer are just a few who have fantastic accolades in that sphere. However the list of juvenile successes is indeed long and distinguished.

All Ireland Senior Club Championship final appearances in 1980 and 2007, Division 1 All Ireland Feile successes (1984, 2003 and 2019) and five Feile Division 2 Feile title wins in boys and girls handball, are just some of the outstanding team successes enjoyed by the club. Teresa Kelly (1993) was a first ever Ladies all Ireland handball winner and in the elite ladies grades, players such as Lisa McAleer, Aoife Kelly, Caitlin Conway and the recent record breaking exploits of Mairead Fox have stood out.

There is undoubtedly a very rich tradition of GAA Handball in Loughmacrory and having been awarded an AIB GAA National Club of the Year Award at Croke Park in 1980, the Ulster GAA Writers Award in 2014 and a four times Ulster Club of the Year award, that tradition has been well documented.

Incoming GAA Handball Ireland President, Dessie Keegan, will be a special guest along with Tyrone GAA Manager, Mickey Harte, and current World Mens Open One Wall Champion, Conor McElduff this weekend as a vast array of photographs and memorabilia will be on display to spark a year of memorable events for Loughmacrory Club. With a host of club players again competing across a wide range of grades at national level in the weeks ahead, there will also again be the hosting of the largest Club Tournament in Ireland, the Lough Showdown in July 2020, and in light of the many major milestone celebrations will also see the official launch of a new Club Website and Book, entitled ‘150 Years of GAA Handball and Counting’.

Loughmacrory GAA Handball Club celebrated unprecedented success both on and off the courts of play in 2019. A historic double All Ireland GAA Handball Division 1 success in 60x30 and 40x20 was the first time in the 42 year history of Feile na nGael that such a feat was achieved by an club. It was the outstanding success story of Tyrone and indeed Ulster GAA Handball in 2019 and came in a season when 8 club players won 17 All Ireland gold medals and 12 in all competed in National finals. That followed a 2018 campaign in which the club secured an incredible 4 World Championship gold and 3 silver medals in addition to 12 All Ireland Gold medals, achieved by 7 Loughmacrory players.

This Friday night the community of Loughmacrory will come together to pay tribute to those incredible national and international successes achieved by those 11 players but also to engage in very fond memories of what has been over a century of impressive community spirit and passion for the sport of GAA Handball. 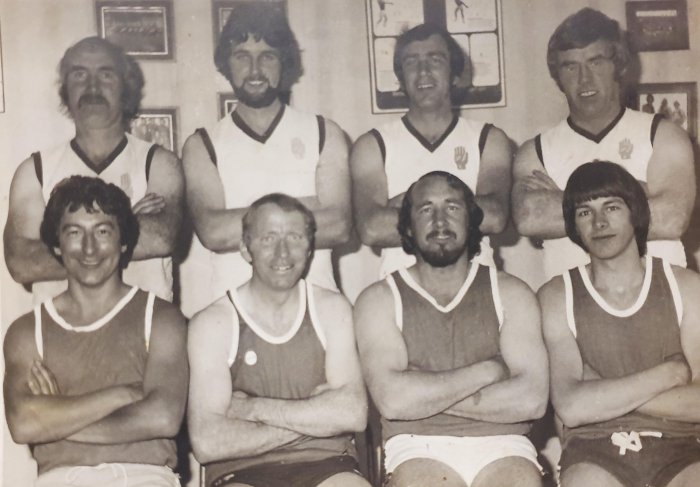 Loughmacrory GAA Handball Club made history in 1981 when their Senior Club team of John Curran, Hugh Duff (RIP), Packie Coyle and John McCullagh reached the All Ireland Senior 60x30 Club Championship final, to meet All Ireland Senior champions, Talbots Inch, Kilkenny. This is one of the many milestones which will feature in a major exhibition of memorabilia at the Loughmacrory Club’s Celebrations this Friday night. 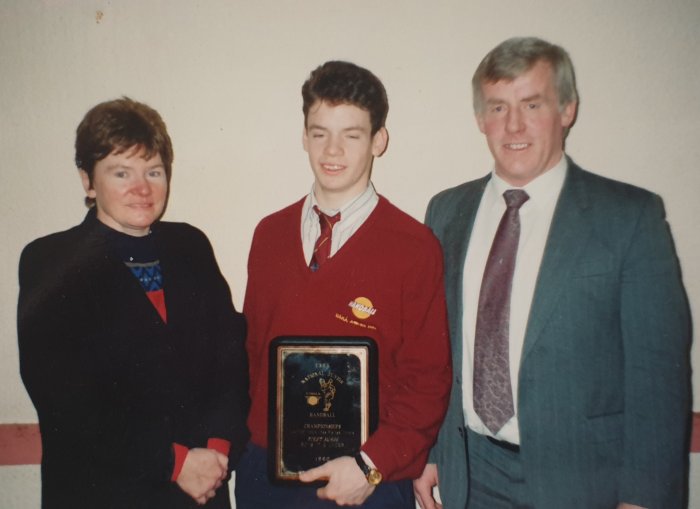 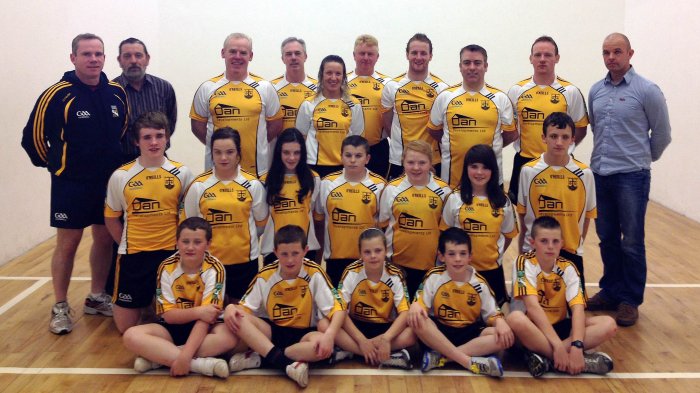 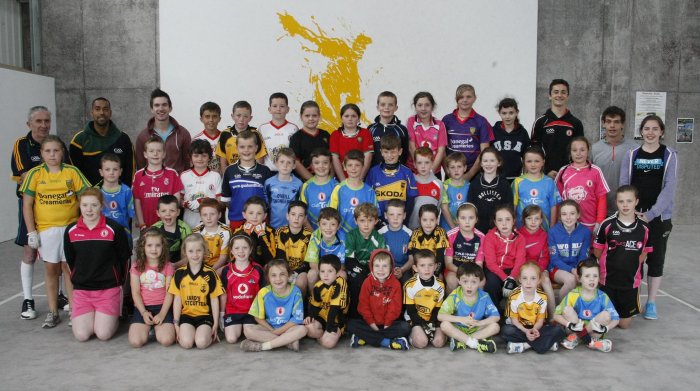 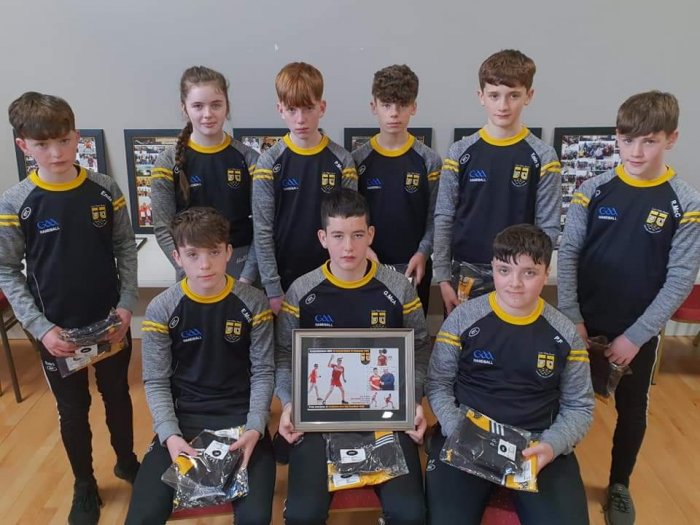 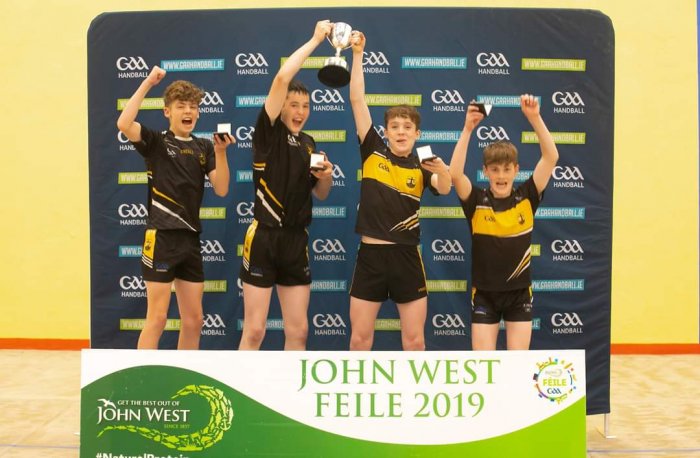