The stage is set for two mouthwatering MyClubShop.ie All-Ireland Senior Softball Doubles semi-finals and the Ladies Senior Doubles final in what should be an enthralling day's action at Croke Park on Saturday.

With the handball centre nearing its demolition date and excitement building around the opening of the brand new facility around the corner, it is fair to say that there has been a renewed interest nationwide in the softball championships this season.

Media coverage of the singles finals – in print, online, television and radio – certainly indicated a surge in the profile of the traditional game and the players rose to the challenge. Eoin Kennedy completed a fairytale when he denied Robbie McCarthy's drive for five, Martina McMahon retained her ladies crown and Kyle Dunne came through an excellent final to become the eighth Kilkenny player to win the Minor Singles.

The singles, though, is now done and dusted and all players will be acutely aware that their last opportunity to win a senior All-Ireland medal in the famous old arena is in the doubles championships, which are now reaching their business end. 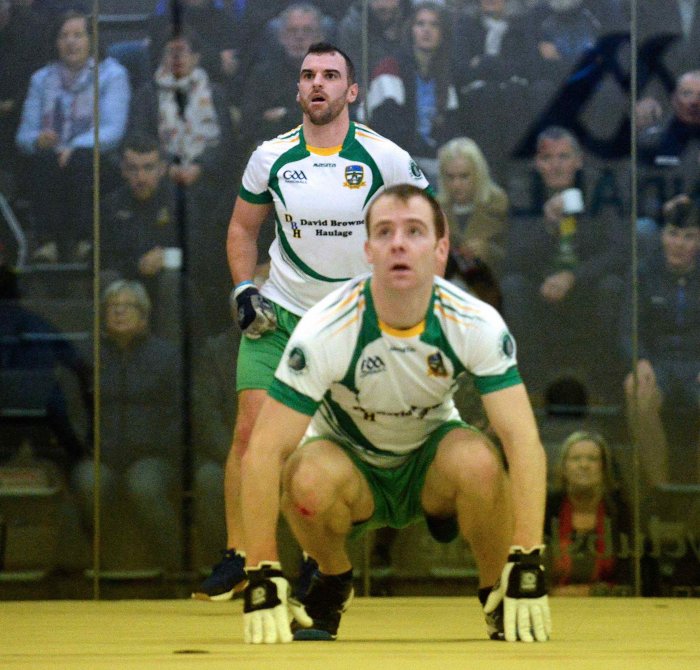 The Men's Senior Doubles semi-final double-header fits the champions, Meath's Brian Carroll and Gary McConnell, against a pair from a county viewed by many as the home of 60x30 handball, Wexford, in the form of Gavin Buggy and Mikey Berry.

The Kells pair came through a very tough test in last year's final against Dublin's Eoin Kennedy and Carl Browne (who is McConnell's uncle, incidentally) to win their first title as a partnership.

They picked up where they left off last time out when they defeated Galway brothers Martin and Diarmuid Mulkerrins (21-18, 21-15) to reach the last four stage again.

Given Martin Mulkerrins' excellent singles form earlier in the season, that was an impressive win and they will go in as favourites against the Model men.

However, Buggy and Berry and certainly no slouches. The former rededicated himself to handball some years ago after hanging up his camán and has been playing some of his best stuff in the last couple of seasons. 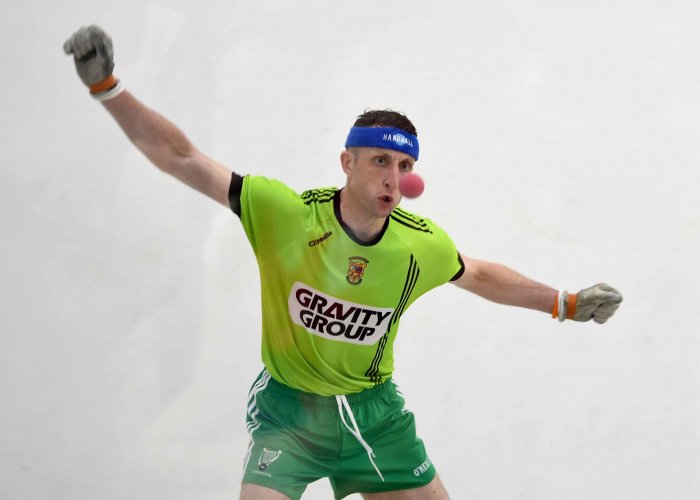 He reached the final of the Irish Nationals and the semi-final of the Senior Singles championship - notably, in the context of this fixture, beating McConnell 21-4, 21-6 at the last eight stage – and alongside former Intermediate Doubles winner Berry, he enjoyed a solid 21-8, 21-20 win over Kilkenny's Ciaran Neary and Keith Bourke last time out.

While the Royals will be favourites, a close game is expected to kickstart what should be an excellent card.

In the middle of the programme is the ladies Senior Doubles, which is previewed elsewhere, which will be followed by the meeting of Westmeath and Wexford in the second of the men's semi-finals.

This intriguing clash between the novel pairing of Robbie McCarthy/Colm Jordan and Tommy Hynes/Barry Goff looks sure to be of huge interest.

Both Hynes and Goff, now in their 40s, are former Senior Doubles medallists; Hynes won in 2000 alongside Colin Keeling while Goff also partnered the hard-hitting right-side specialist to success in 2011.

The Wexford men had a superb 21-11, 15-21, 21-5 victory over Dublin last weekend and will be full of confidence as they seek to move one step closer to claiming this prestigious title for Wexford for the 11th time. 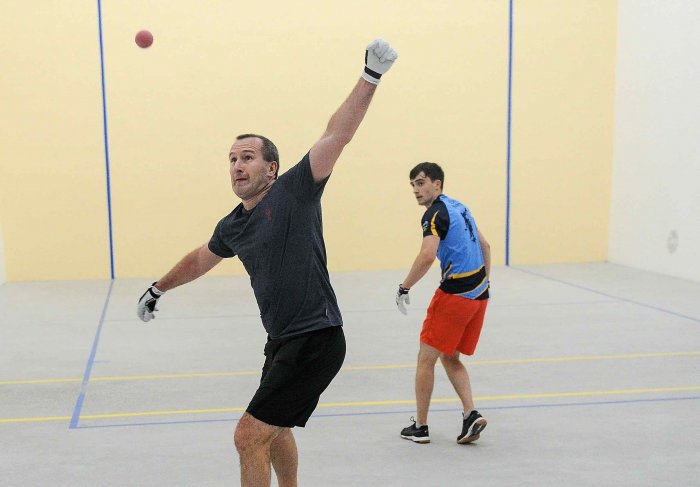 Unusually in doubles handball, both are naturally left-handed, although former inter-county hurler Goff is essentially ambidextrous, and they paired up to great effect in their last outing.

In the maroon corner, meanwhile, is McCarthy, the most naturally talented 'big alley' player of his generation and a man who, according to Eoin Kennedy, “can pull off shots nobody else can even think of”.

The Mullingar right-hander will be hurting after losing out in the Senior Singles final when heavily fancied and he will be determined to gain some consolation with success in the doubles for the first time.

Riding shotgun with Robbie is Fermoy, Co Cork native Jordan, a powerful, 6ft 5in former Intermediate Singles winner who has moved to Westmeath and declared for the county.

Jordan, a soldier in the Irish Defence Forces, is a very accomplished player in his own right and the new combination showed enough in their 21-9, 21-12 win over Tipperary's Ger Coonan and David Hickey last time out to suggest they are certainly very live contenders to go all the way.

In what is the second-last programme of games ever to be staged at Ceannáras, a large crowd is expected, with all games also set to be live streamed on the GAA Handball Facebook page.

While Meath are favourites in game one – although Buggy and Berry will quietly fancy their chances – the second looks to be 50-50, which should add to the excitement on what should be a memorable occasion.