What a Super Sunday we had at the 2019 Irish 4-Wall Nationals!

In a magnificent new facility at Claregalway HC, a full house was witness to some thrilling Handball between our country's finest. In the Men's Open SF1, an all Clare encounter between reigning All-Ireland Doubles champions Diarmaid Nash & Colin Crehan produced an almighty battle, before top seed Nash came from 7-4 down in the tiebreak, and saved one match point before edging victory 13-15, 15-3, 11-10.

In the second SF, Martin Mulkerrins looked like he was going to finish Robbie McCarthy off in no time, and he did just that in the first game with a quick 15-1 demolition. But like a switch, the game changed and McCarthy responded to win the two pursuing games 15-6, 11-7. 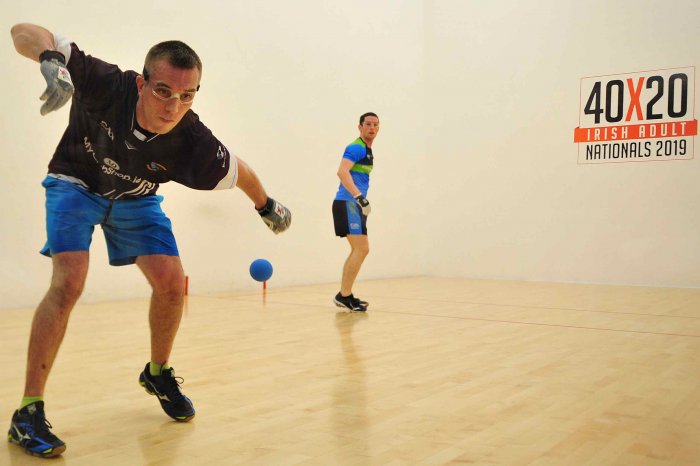 So for the second ranking event in a row we saw a final between Nash & McCarthy. Last time round Nash was a dominant two game winner. This time however McCarthy gained his revenge in another tiebreak epic 11-9 as both players produced some astonishing handball, made all the more remarkable considering they were both involved in 1.5hr gruelling SF's a few hours previous. The win was Robbie's third Irish 4-Wall Nationals title.

In the Ladies section, the top two seeds advanced as expected by many. Catriona Casey was in cruise control in the opening game as she held a 13-6 lead. But from no where Martina McMahon out on a sensational display of serving and killing to win the first 15-13, and carry that momentum into the second winning 15-6. That was Martina's first Irish 4-Wall Nationals title. 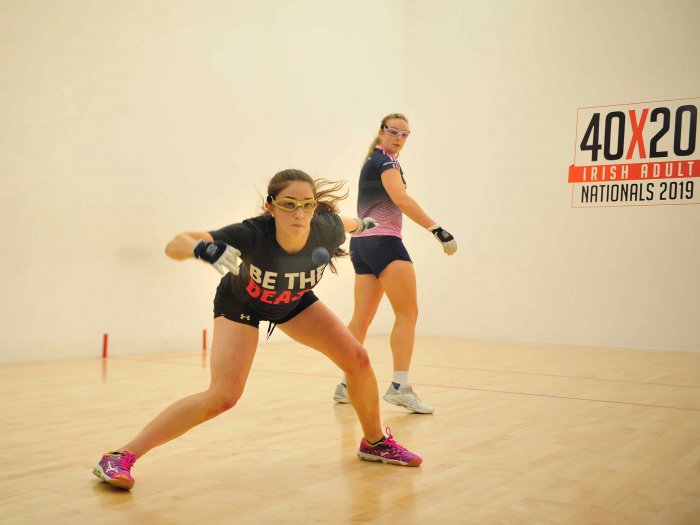 There was a host of other Adult grades on show across the Mayo & Galway venues all weekend, with the full results of all grades now available below. Congrats to all winners, and a particular thank you to all the host Clubs for stepping up and hosting an excellent Irish Nationals!