After months of planning and production, the first two sections (of six) is now live and available on the Coaching section of our website, with a new section being released every week for the next month. The two current sections focus on the 'Fundamentals' of striking a Handball, and the 'Technique' of executing the various Handball strokes.

Speaking at today's official launch at Croke Park, 5 time World Handball Champion Paul Brady described the new Series as an "unbelievable resource", continuing that he has "no doubt these will prove invaluable to Handballers of all ages and grades in their development as both players and coaches." 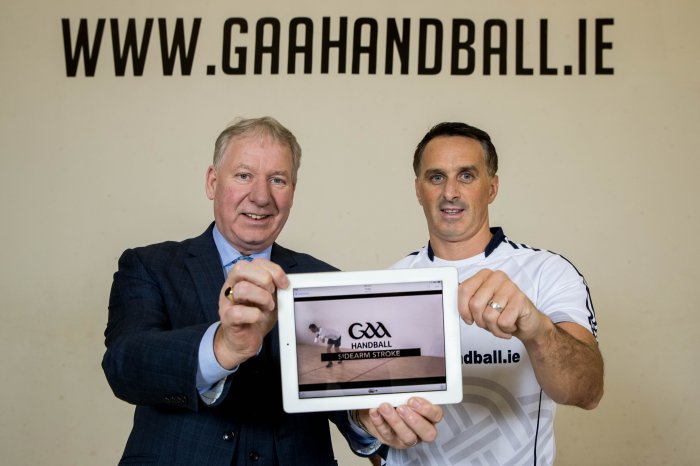 Brady himself played a key role in the high quality outcome of the Video's by actually starring in the actual videos, executing all the shots, serves, etc on show.

"When I was first approached by Darragh (Daly) I was delighted and only too happy to get involved. In fact I am very proud to be part of it! It’s a very exciting resource for kids. I didn’t have access to instructional or coaching videos and when I was a kid. But I believe that if I had of had this resource when I was a teenager then I have no doubt it would have greatly helped my development as a Handballer."

What is the Coaching Video Series? 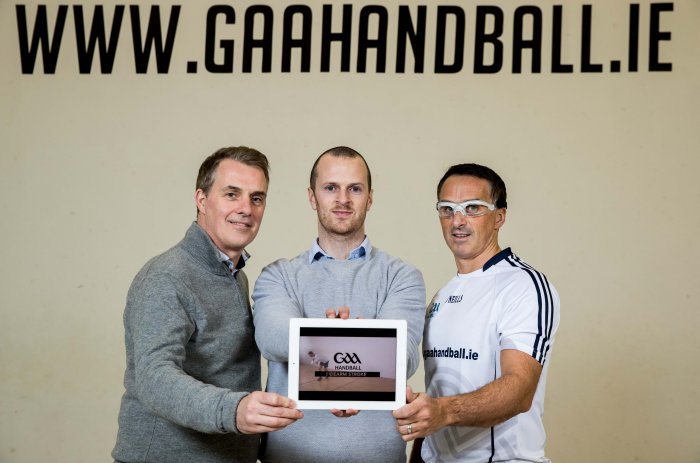 GAA Handball's National Development Officer Darragh Daly oversaw the content and production of the new Coaching Series, and like Brady, was chuffed to finally see their efforts come to fruition.

"This project was started back in May of last year and involved an awful lot of planning, scripting, and editing, so to finally see the high quality finished article is fantastic!"

"This new Series has been developed for the benefit of all our GAA Handball Members, both players and coaches, and I have no doubt it will also be of benefit to Handball players worldwide."

"When delivering Coaching Courses to our Clubs nationwide, I regularly have come across concerns from local coaches who felt they were being held back by not being able to perform the actual strokes/shots they were coaching. So these videos, along with a comprehensive new range of coaching literature will go a long way to assisting these coaches in their efforts to grow the game locally."

"I would like to thank Paul for his contribution. Having a player of his quality and reputation involved really enhanced these videos. I also want to thank Martin Mulkerrins for being a willing participant in several of the videos. Finally I must thank the guys at Together Digital, particularly Ellen & Darragh, who helped bring our ideas to reality."

"This Series of Videos will serve as a first class, and high quality resource to all our coaches throughout the country. I would like to express my thanks and appreciation to Paul Brady who displays all the skills in these series of videos, and in particular I wish to pay tribute to National Development Officer Darragh Daly who has done an excellent job in bringing this project to fruition."

Note: First two sections now available to view. New sections made live each week for the next 4 weeks. 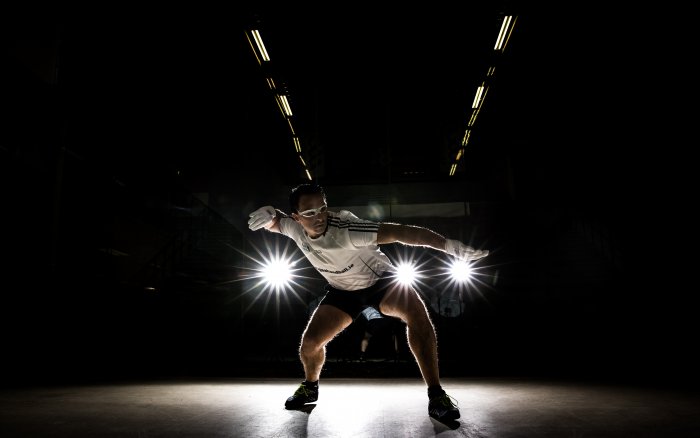