Loughmacrory was the scene for an exhilarating weekend of one wall handball as players of all ages travelled from well over half of Ireland's 32 counties to take part in the seventh annual Lough Showdown which returned in style following the enforced break due to covid.

Designated the official GAA Handball Summer Series Shootout event, Loughmacrory Club have been delighted by the tremendous support offered by GAA Handball Ireland at the Tournament which will certainly sparked new-life back into the summer series.

The temperature was sizzling on Friday evening and throughout Saturday as the high class action never relented across four courts, and not even the thunder and lightning on Sunday morning could ruin the unique atmosphere in the Lough one wall arena as the event lived up to all expectations.

There is something special about this venue as the large crowd was thrilled by the high octane drama and wonderful skills on display from some of the finest players in the sport.

The men's open final was played before a large audience on Saturday evening and it turned out to be a gripping contest.

"It certainly is not too often where you would ever get a major title decided on the very last rally of the game - and indeed with the player serving not winning the title-deciding point."

Conor McElduff has certainly made the One-Wall game his own in Ireland in recent years and the current Men's Open World Champion simply never disappoints as he came through the group stages impressively to set up a semi final clash with talented Wexford star Joe Devereux. His game with Armagh's rising star Fíachra ÓDúill was one of the highlights of the early rounds though with the rising 17 year old managing to level their match at 17-17 before eventually falling 21-17 to the eventual champion.

England star Luke Thompson was also making his way through the league stages in fine style and was looking the biggest threat to McElduff as he clinched a semi final spot against Tyrone's Paddy McCrory.

All was going to plan for Conor throughout the match as he carved out a sizeable advantage, leading 12-2 and 20-13, with some scintillating play. However his London opponent wasn't going down without a fight and produced some fantastic skills to claw his way back into contention.

Incredibly Thompson delivered three sweet points in a row to draw the match at 24 aces each and the next score was going to win the title. The crowd was on the edge of their seats as the final rally ensued and it was the Irish champion who stepped inside to produce the winning shot to wrap up a classic final. It was McElduff's 4th Mens Open title in the Lough Showdown and he enjoyed the win immensely.

The ladies open on Sunday also produced superb handball and it was a huge bonus to witness the return to action of Lorraine McNally, the former Irish champion returning to top level handball after a four year break. Lorraine showed all her skills to come through some tough group matches and book a semi final spot against Cailíosa NíDhúill. She was pushed all the way by the Armagh girl but got over the line in a great finish.

The other semi final was an all Tyrone affair and it was Breacach star Eilise McCrory who saw off Loughmacrory's Clare Conway to reach the final. Eilise has taken her game to new levels in recent times and she can play the one wall game as well as the 40x20 code and she produced a ruthless attacking game to win the ladies open title on a scoreline of 21-16. Lorraine will be getting even stronger when she gets more handball under her belt and it was such a thrill to see her back playing again at a venue where she's shone so many times.

Overall there were trophies claimed by players from counties Wexford, Cork, Clare, Galway, Roscommon, Longford, Meath, Armagh, Down, Monaghan and Antrim in what was a really national affair. Three of the main boys juvenile titles went the way of Wexford, Clare and Cork courtesy of Charlie Roche (11&U), Sean Considine (13&U) and Cian Dunning (15&U), three supremely talented young players who are becoming well known on the national stage. The skillful Roche had a cracking contest against local player Micheal McCrystal before winning his final 15-10.

However, Loughmacrory managed to keep the U10 and 17&U boys trophies at home thanks to the McAleer brothers, Mark and Gary. In the U10 decider Mark had to see off Kieran Og Tracey who was by far the youngest player in the competition and showed unbelievable talent to go all the way to the final.

In the girls juvenile grades, Loughmacrory took the girls 13&U title thanks to Lucy McCullagh who had a cracking win over Galway's Freya Donnellan, with her clubmate Laura Duff adding another trophy to her growing collection with a nail-biting 15-14 victory over her Greencastle rival Caislin Tracey. It was an all Greencastle final at 11 and under as Emma Conway saw off her clubmate Grace Teague in yet another exciting match. Jodie Keeling from Wexford has been one of the top young players in Irish handball for years now and she lifted the 17 and under girls title.

Overall however, handball was the big winner in Loughmacrory as 240 players from all over the country played quality handball, competed wholeheartedly and socialised together in a wonderful environment over three days. 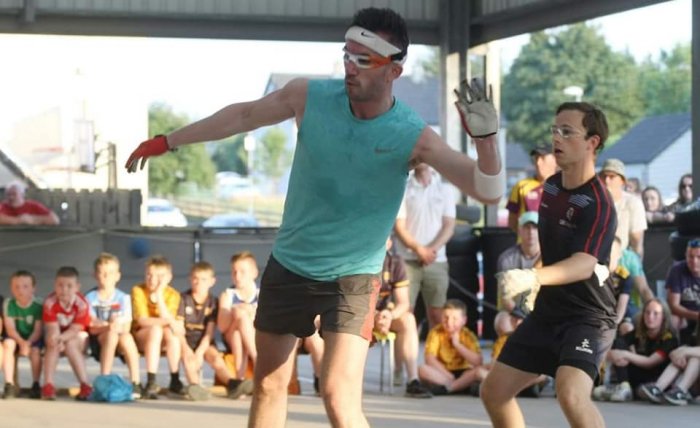 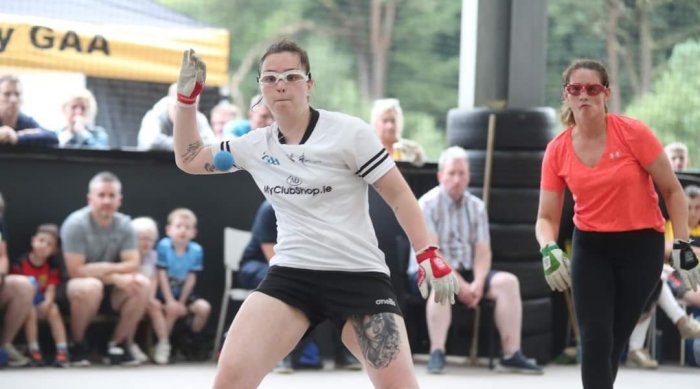 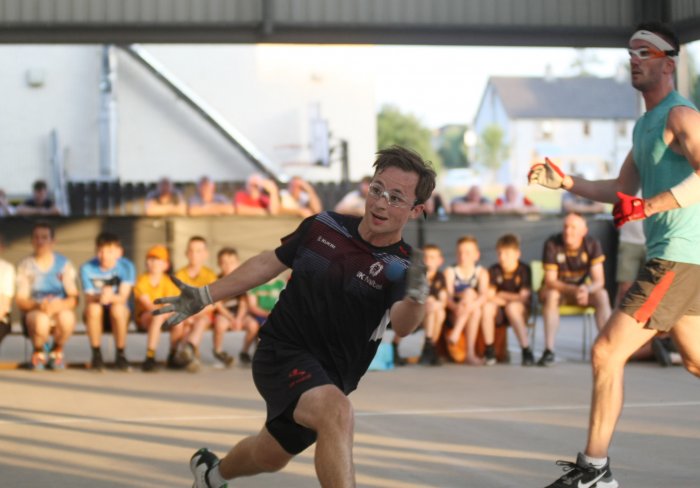 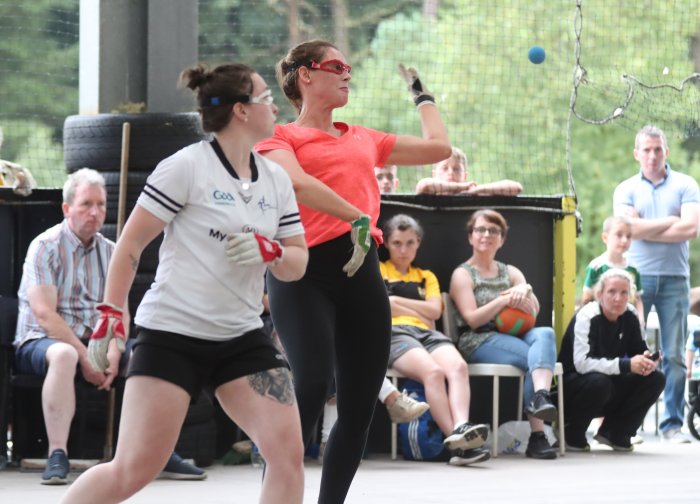 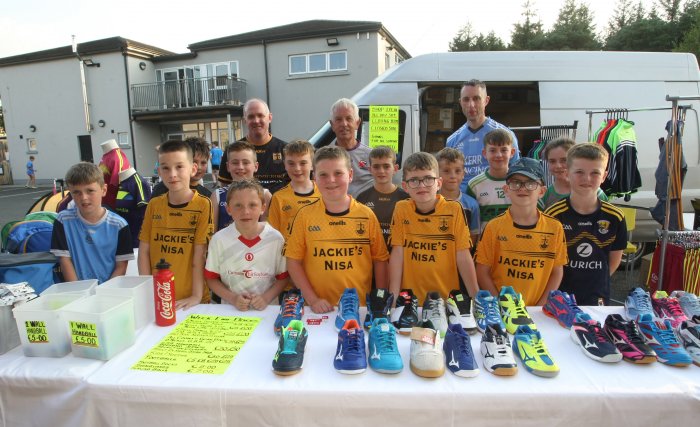