GAA Handball today announced details of their upcoming All-Star Awards Ceremony that will be held in Croke Park on 30th November 2019.


Following on from the tremendous success of last year’s event, the Handball public will gather once more to reflect on what has been an outstanding year in GAA Handball. This year's awards are the third installment of the newly revamped GAA Handball Awards and a large crowd is expected to celebrate the outstanding achievements of our players and the fantastic work been done by our network of volunteers.

The volunteer awards reflect the fantastic work been done throughout the country and once more we will honour our volunteers in a number of categories. As with last year nominations are open to the Handball public for these awards and once the finalists have been decided voting will be by online secret ballot with the winner being announced live on the night! 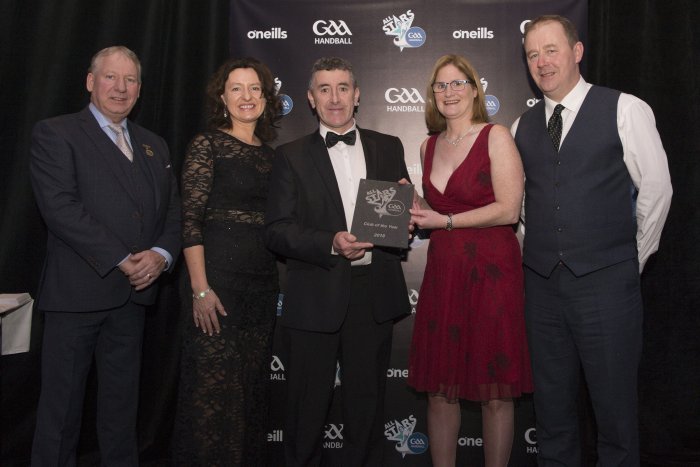 The Volunteer based awards will be as follows.

Club of the Year - The Club of the Year should be a Club that has achieved both on and off the court and not limited to participation or medals won. Consideration should be given to the membership growth, fundraising efforts, coaching and development and facilities of the Club when nominating.

Clubperson of the Year – The Clubperson of the Year award is to honour the member who has given outstanding service to handball in her/his club. Nominations for this award should have a proven track record of working to improve their club. Playing statistics or playing achievements do not count towards the award.

Volunteer of the Year – The Volunteer of the Year Award is to honour the member who has given outstanding service to handball as a Volunteer. It can be at Club, County, Provincial, National Level or at Schools/Colleges, ICHA level and should not be restricted to just coaching or refereeing but all aspects of volunteering.

Media Award – The Media award is to recognise outstanding effort in the promotion of GAA Handball through the various forms of Media. It can be a PRO of a club/county or province, a local Newspaper/Journalist, a videographer, photographer or a Social Media Account or Website deemed to have raised the profile of the game through the Media.

Online Nominations are sought from Counties/Clubs/General Handball Public. Closing Date for Nominations is October 30th.
Note: You can nominate in one category only or in all categories, but you may only nominate once in each.

Once the final 4 nominees are announced voting will reopen for public votes up until the night of the Awards.

*Media Award will be decided by an elected panel including GAA Media Staff.

Winners will be announced live on the night. 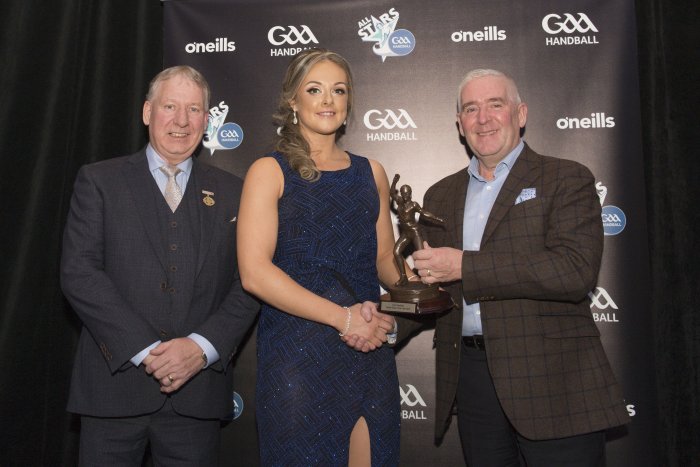 Male Player of the Year

Female Player of the Year

Young Male Player of the year

Young Female Player of the Year

Voting for Player of the Year Awards will be open to registered players.

For Young Player Awards a voting panel of Juvenile Officials & Coaches will decide the recipient.

Hall of Fame Award - As always there will be an inductee into the GAA Handball Hall of Fame as we once more recognise one of the greats of GAA Handball. This will be decided on a rota basis with the 2020 recipient being nominated by Connacht.

On the night guests will be treated to a three-course meal and entertainment. Ticket details and further details will follow shortly but it promises to be a fantastic night's entertainment as we celebrate the past 12 months of Handball action.

Details on room bookings and further information will follow.

In the meantime, if there is someone you know who deserves to be considered for an Award then get voting!!